If you are looking to add vintage Hattie Carnegie jewelry to your collection, you have come to the right place. Here you will learn about the history, marks, materials, and tips on how to buy.

Hattie Carnegie’s jewelry features bold and colorful necklaces, bracelets, brooches, earrings, and sets. Instead of producing fabulous fakes as many of her colleagues did, Hattie’s designs and materials were innovative and distinctive. 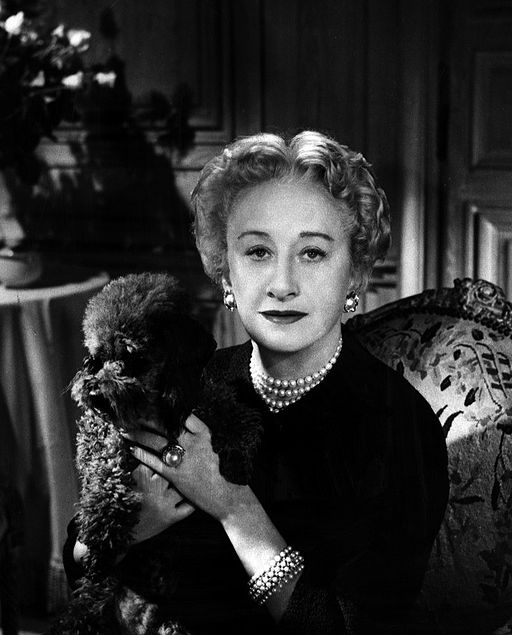 Hattie Carnegie was born Henrietta Kanengeiser in Vienna, Austria, in 1889. She immigrated with her family to the United States when she was a teenager. She went to work for Macy’s and at some point changed her name to Hattie Carnegie. “Carnegie” because she admired Andrew Carnegie, the richest man in America at the time. “Hattie” because that was her nickname when she worked in Macy’s hat department or because she thought it sounded more “upscale” than “Henrietta.”

In 1909, she opened her first shop with her friend, Ruth Roth, a seamstress who made garments while Hattie designed hats. The shop was wildly successful and expanded into a chain of shops across the country. In 1918, Hattie founded Hattie Carnegie, Inc. for her full-scale clothing line, and in 1939, began offering “cocktail jewelry” (as costume jewelry was then known), brooches, necklaces, bracelets and earrings that put the finishing touches on Hattie’s fashions. But her jewelry became popular on its own. Hollywood stars and New York socialites clamored after her jewelry and other American ladies followed along.

Hattie died in 1956. Her husband took over the business for a while, but wasn’t suited to it, so Larry Josephs bought him out and kept the Hattie Carnegie brand from the mid-1960s to 1976, when the company was acquired by Chromology American Corporation.

Hattie’s jewelry was bold and distinctive to give her rather conservative fashions some “pizzazz.”  Themes included flowers, leaves and fruits; Oriental figures; and stylized animals. She was especially known for her tremblers, flowers and butterflies on springs that quivered as the wearer moved. Also among her most popular lines was the Oriental line with elaborate metal human figures and animals adorned with rhinestones and faux pearls. Animals in her menagerie of stylized brooches were made of bold-colored Lucite, rhinestones, colored beads and gilt metal.

Her jewelry also has a more “conventional” side: necklaces and bracelets made of two, three, four (or more) strands of crystal, glass, and rhinestone beads and large brooches with large stones that look like expertly cut precious gems.

Hattie was not a jewelry designer per se, but had an unerring eye for what American women wanted and was an astute judge of talent. Among the designers that she took under her wing were: 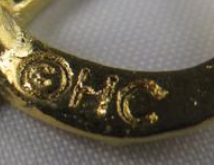 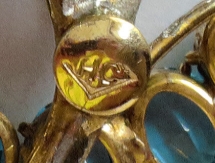 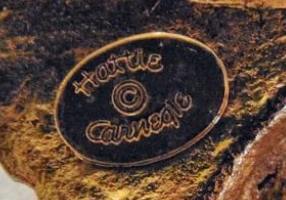 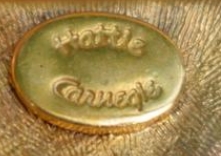 Naturally, jewelry that Hattie directed and approved (i.e., pieces before 1956) is most valued. So much so that those pieces, even if damaged or missing stones, are ranked highly among collectors.

Hattie’s jewelry is among the most interesting collectibles, due to Hattie’s larger-than-life, rags-to-riches story as well as to her bold, sometimes outrageous, designs. She went where others feared to go and was phenomenally successful because of it.

If you don’t know Hattie’s jewelry, go to her pages on Etsy for a beautiful introduction. And if you do know it, time for a visit to meet the newcomers.