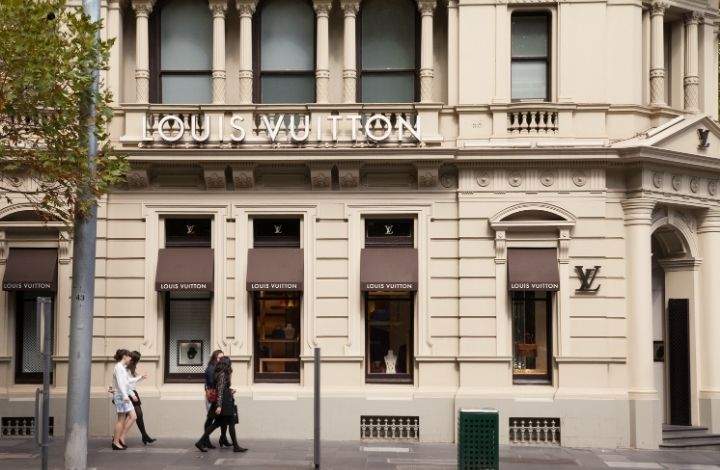 Louis Vuitton jewelry reaches back to its heritage—making steamer trunks for Victorian travelers. The designs embrace the daring spirit of those intrepid individuals who were unafraid to seek out new lands and new experiences. The LV collector will find among the collections the same type of unusual and unexpected treasures.

If you are looking to add vintage Louis Vuitton jewelry to your collection, you have come to the right place.

Louis Vuitton was born in 1821 in a small village in eastern France. His father was a farmer and his mother, who died when he was 10, a milliner. When he was 13 years of age, he set off for Paris by himself. He wanted more from life than the village could offer, and, truth be known, he really wanted to get away from his strict stepmother. He walked to Paris, 292 miles. It took him two years, stopping along the way to do odd jobs to support himself.

When he arrived in Paris, he became an apprentice to a leading trunk maker and packer. After only a few years, Louis was one of the best in his field. He was in demand by the Paris elite and eventually was appointed personal trunk maker and packer for the Empress of France, which brought him more elite clients and royals.

In 1854, Louis opened his own business. He also began creating his trunks in canvas instead of leather, so that they were more durable and waterproof. Later, he introduced his signature beige monogrammed design with a red stripe.

Louis died in 1892 and his son, Georges, became head of the company. By 1896, Georges had created the famous “LV” monogram with its diamonds, circles and flowers. He also revolutionized luggage locks by inventing a lock that could not be picked. Throughout the early 1900s, he produced classic bag shapes that would be popular throughout the century.

Georges died in 1936, and his son, Gaston-Louis, assumed control of the company. While he never aspired to the position, he saw LV through World War II (some say by collaborating with the Nazis). His son, Henry-Louis, became President of the Board of Managers in1975 and retired in 1977.

Fast forwarding to 1987, Bernard Arnault, the wealthiest person in Europe, acquired a substantial number of shares in what was by then LVMH (Louis Vuitton Moët Hennessy, a conglomerate specializing in luxury goods) and in 1989 took over the company, becoming General Manager and controlling shareholder. In a mere 11 years, Bernard has increased profits by 500%.

When Marc Jacobs became creative director in 1997, he took the company in new directions. One of those directions was in the creation of a fine jewelry department. The very first item, designed by Marc Jacobs, was an exquisite charm bracelet. Since that rather modest start, LV gemologists scour the globe for unique gemstones. Only the most beautiful and most unusual attract their attention—gemstones such as an 8-carat, crystal-clear green tsavorite; a green grossular garnet; and a 20-carat blushing orange pink Malaya garnet. The stones are certainly important, but it takes skilled craftsmen to lovingly coax each gem to life.

There is nothing on earth that looks like a Louis Vuitton jewel. And it takes gifted designers to show the gems off to their finest advantage. 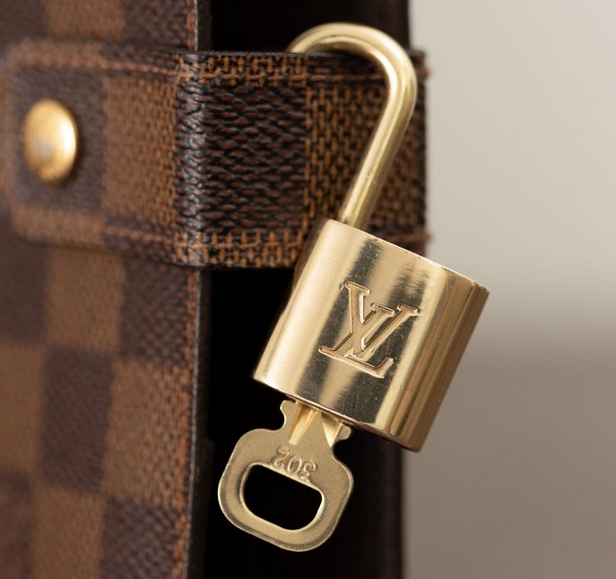 Louis Vuitton Padlock and Key from AuthenticLuxCanada on Etsy

Marc is an American fashion designer who served as artistic director for 14 years. He launched the first-ever LV jewelry line, beginning with a bracelet with Parisian- and travel-inspired charms using precious metals and precious gems. Marc grew the jewelry business until it was its own division that produced some of the finest pieces of high jewelry in the industry.

Lorenze is a Paris-based jewelry designer who created an exquisite collection with six sets, each with a one-of-a-kind necklace as the centerpiece. The theme of the collection is travel in line with LV’s luggage heritage and Lorenze’s own love of travel. For example, a dramatic bib-style necklace with brilliantly colored stones inspired by the Masai in Africa.

Francesca is the current creative director of LV after working for Tiffany. She was hired to bring a modern, casual sophistication to LV’s jewelry and watches. Her first collection for LV was the Blossom line based on the floral symbols of the LV monogram. She has an amazingly broad range, designing dainty rings and bulky signets; diamonds with stones such as white agate, malachite, pink opal; delicate charm bracelets and bold bangles; and earrings and necklaces both long and short, light and weighty. 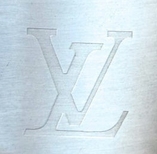 Authentic Louis Vuitton lock with key attached to a gold-tone choker length (16-inch) curb link necklace.  Chain is not made by Louis Vuitton.

From the 1990s, Louise Vuitton logo in18K solid gold with red enamel center can be used as a charm or a pendant, 20mm diameter.

If you are wanting to collect the objects others yearn for, here are some ideas:

Louis Vuitton has more recently added jewelry to its offerings than most fashion houses. But there are wonderful pieces to begin your collection, and Etsy and eBay both have interesting examples. If you are collecting the jewelry as an investment, you will need patience. So enjoy wearing your collection while keeping it carefully maintained.