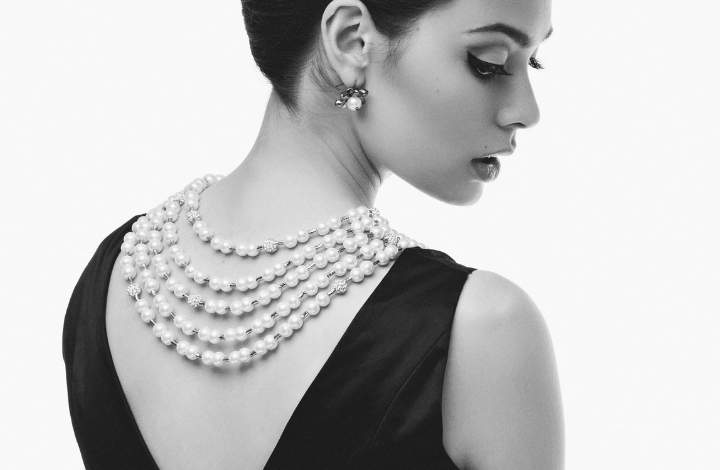 If you are looking for vintage Tiffany & Co. Jewelry, you have come to the right place. In this article you will learn about the history of the brand, who the designers were, what marks are used to identify jewelry, what materials are most common, and where to buy.

Tiffany has been a beloved fixture in American culture and society for nearly two centuries. It was as cherished during the Gilded Age as it is today on red carpets around the world. Tiffany is an iconic brand, one that deserves a place in your jewelry collection.

In 1837, Charles Lewis Tiffany and his friend, John Barnett Young, opened Tiffany & Young, a stationery and fancy goods shop on Broadway in New York City funded with a $1,000 loan from Charles’s father. The shop made $4.38 (± $112 today) its first three days in business and grew to be a favorite among the fashionable ladies of the day. Its first innovation was to mark each item with a price and eliminate bartering, the common means of exchange.

In 1841, Charles and John took on a partner, and the shop became Tiffany, Young & Ellis. Silverware, watches and clocks were added to the inventory. By 1845, the trio had gotten rid of all cheaper products and began dealing in fine jewelry. They revolutionized jewelry marketing with their “Blue Book,” the first-ever mail-order catalog in the United States. Today, the annual Tiffany Blue Book is a breathtaking collection of magnificent couture jewelry set.

The distinctive “robin’s egg blue” of the catalog has, from the beginning, been associated with Tiffany’s until it became officially “Tiffany Blue” on the Pantone Matching System and is trademarked for use only by Tiffany. The Tiffany Blue Box, also trademarked, is easily the most recognizable and appealing packaging in the world.

In the 1850s, Charles bought out both of his partners and Tiffany & Co. was established.

In 1867, Tiffany’s entered the world stage when it won the grand prize for silver craftsmanship at the World’s Fair in Paris. It cemented its growing reputation for the ultimate in luxury goods when, in 1878, it acquired a fancy yellow diamond weighing 287+ carats mined in South Africa. The finished gem, 128+ carats with 82 facets, now the “Tiffany Diamond,” resides in the flagship store in New York City. 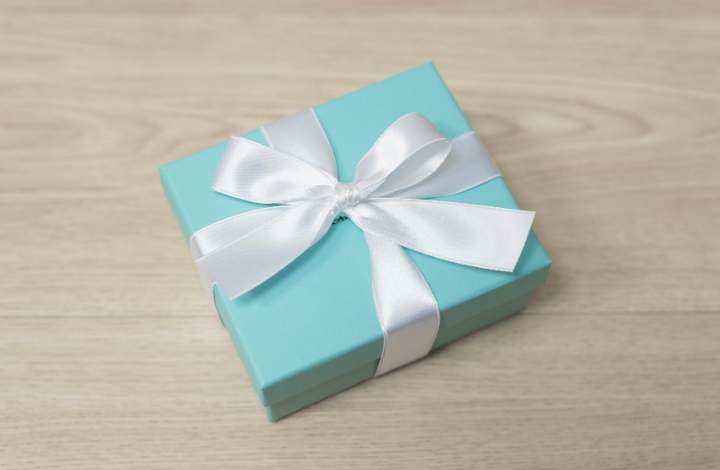 In 1886, Tiffany’s introduced the “Tiffany Setting,” a six-prong setting that lifted the diamond off the band to maximize its fire and radiance. Once again, Charles revolutionized the diamond industry and, in doing so, positioned the United States as world-leading destination for engagement rings. With it all, Charles did not become the “King of Diamonds” until he bought one-third of the French Crown Jewels in 1887. In 1889, designer George Paulding Farnham won a gold medal at the Paris Exposition for his life-sized orchids rendered in gold and enamel.

Charles passed away in 1902, and his son, Louis Comfort Tiffany, became design director. Art Nouveau was becoming very popular, and his nature-inspired jewelry established him as a leader in the movement.

Tiffany’s did not do well during the Great Depression and World War II, and recovery was slow. In 1978, the company was sold to Avon Products and continued to decline. Avon failed to live up to the long-established culture of luxury. In 1984, an investor group bought Tiffany’s and the company returned to its former glory while including more affordable items.

PS: Tiffany & Co. designed the Congressional Medal of Honor, the Great Seal of the United States on the $1 bill, and the Vince Lombardi Trophy given to the winner of the Super Bowl.

Edward C. Moore was the jewelry design director from 1851 to 1891. He is most responsible for garnering for Tiffany the initial respect and admiration of European jewelers. His designs won first place in silver at the World’s Fair in Paris, and he was instrumental in winning the gold medals in Paris’s International Exposition.

George Paulding Farnham studied under Edward Moore, but quickly distinguished himself as a skillful and innovative artist. His orchids, exact replicas of actual flowers, were designed in gold, enamel and gemstones. They impressed jewelers around the world. Despite his superb talent and the high regard he brought to Tiffany, Louis Comfort Tiffany “facilitated his exit” from Tiffany’s due to “creative differences.”

Louis Comfort Tiffany, son of founder Charles, started out as a painter, then went into interior decorating, and became eternally famous for his work in stained glass. He began working on jewelry when he took over the company after his father’s death. He used unconventional gems and enamels. He excelled in pieces that used the opal, a favorite during the Art Nouveau movement and reminiscent of the iridescent favrile glass that he created and patented.

Jean Schlumberger is one of the 20th century’s most gifted jewelry artists. He started his career in Paris designing costume jewelry for Elsa Schiaparelli, then bespoke pieces for his own clientele. In 1956, he was hired by Tiffany’s, and they built him his own design studio and gave him unlimited access to the finest colored stones in the world. He used gemstones as a painter uses his palette and created objects of mesmerizing beauty.

Elsa Peretti was born in Florence and moved to New York City to pursue a modeling career. She liked to create jewelry for the fashion designers and established an impressive reputation in jewelry design. She joined Tiffany’s in 1974 and depicted everyday forms (e.g., a bean, an apple, a snake) in intriguing ways. One of her most iconic designs is the Bone Cuff. Her silver pieces with their affordable prices attracted the younger generation, exactly what Tiffany’s wanted.

Paloma Picasso, daughter of Pablo, began her career as a costume designer in Paris. Her rhinestone jewelry was receiving great praise, and Yves Saint Laurent commissioned her to design accessories for one of his collections. In 1980, Paloma began designing jewelry for Tiffany & Co. She had a boldly original style using brilliant-colored gemstone, and at Tiffany’s, she had access to more gemstones than she ever imagined.

Frank Gehry, a Canadian, is one of the world’s most esteemed architects. In 2003, he established a partnership with Tiffany & Co. to create an exclusive jewelry collection in which he explores the expressiveness of precious metals, wood and stone. Frank’s jewelry is evocative of the spontaneous twists and turns found in his innovative buildings.

Jean Vitau designed for Tiffany, as well as other fine jewelry houses. He came to New York City from France with three rings in his pocket. The rings were fashioned with an innovative bar-style setting that he had invented. The stones were held very securely without the risk of catching on or snagging clothing as prongs so. Jean’s setting revolutionized the wedding ring market. 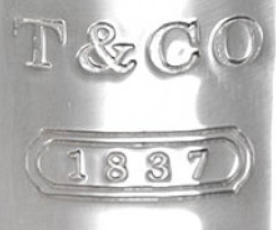 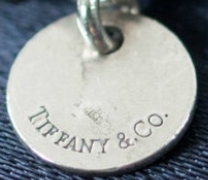 Precious Metals: Almost exclusively gold, platinum and silver, all from traceable mines or recycled sources with an emphasis on sustainability and without the potential of financing armed conflicts and human rights abuses.

Diamonds: All from conflict-free and socially and environmentally responsible mines and suppliers.

Colored Gemstones: Mining precious gems is a cultural tradition and source of livelihoods in more than 40 countries. About 80% of Tiffany’s colored gemstones come from these small-scale, mines.

Note: Tiffany’s does not purchase rubies and jadeite that are mined in Myanmar due to human rights violations nor lapis from Afghanistan.

Tiffany introduced us to a previously unknown colored gemstones, such as kunzite, a purplish-pink gem; morganite, peach-pink; tanzanite, blue-violet; tsavorite, a green garnet.

Tiffany’s sourced gems from around the U.S.:

Pearls: Tiffany’s sources pearls from healthy mollusks in clean water, mostly from pearl farmers and suppliers that are transparent in their practices.

Note: Coral and ivory are never used because they cannot be sourced ethically.

Collectors worldwide seek out vintage Tiffany estate jewelry because of its craftsmanship, beauty and enduring value. Here are only a sampling of the many in-demand collections.

Wondering where to find vintage Tiffany and Co. jewelry? One excellent source is Etsy.com. Make sure to keep the following tips in mind when shopping:

Here are some reputable sellers we have vetted out to get you started:

Another vital source for vintage jewelry is eBay. There is a large selection of vintage Tiffany and Co. jewelry there.

Do you own any vintage Tiffany and Co jewelry? If you have any questions, please leave them in the comments below and I will do my best to help you out!