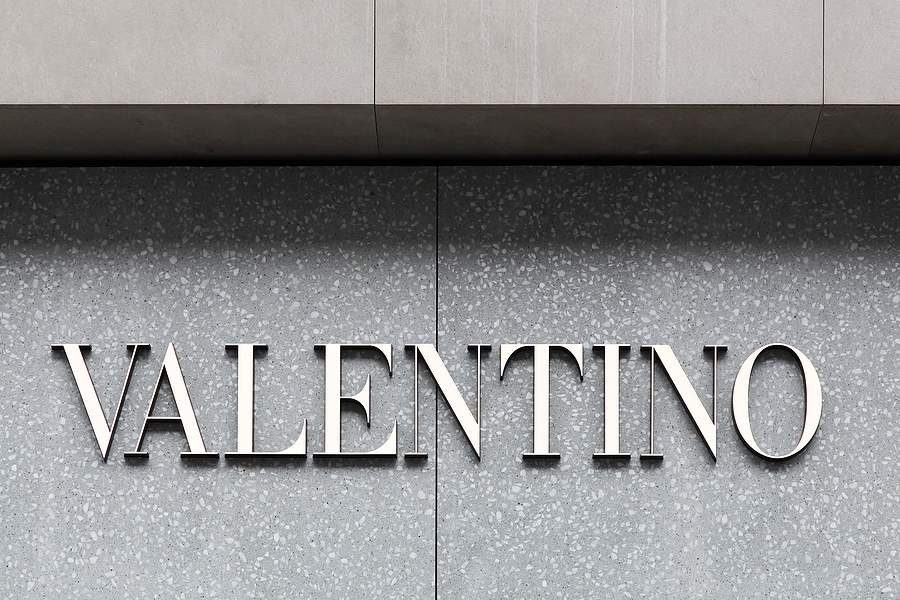 Valentino red remains a powerful fashion statement today. Valentino loved red for its depth, strength, and drama—the red of poppies and geraniums, the red found in a painting by Goya. His red dresses are an institution unto themselves, inspired by old Hollywood glamour. His red jewelry is in a class all by itself.

Valentino (Valentino Clemente Ludovico Garavani) was born in a small town in northern Italy in 1932. As a child, he was interested in fashion and art and left home to study fashion sketching at Milan's Santa Maria Institute. He also learned how to speak French, knowing that France was the world's fashion capital. While still a teenager, he moved to Paris to study fashion at the École des Beaux-Arts. When one of his designs won a competition, he was hired by a French couture house.

In 1959, Valentino returned to Rome and, with his father's financial backing, presented his first collection in his own salon in 1962. Elizabeth Taylor was in Rome filming Cleopatra and ordered a white dress that she wore to a premiere. Overnight, Valentino was an international sensation.

During the 1960s, Valentino met Giancarlo Giammetti, an architecture student, who became his business partner and his romantic partner.

Though Valentino's trademark was red, in 1967, his collection featured only white, ivory, and beige fashions—in contrast to the then-current psychedelic patterns. He also launched his trademark "V" logo that year. The fashionistas in high society and the entertainment world wore his designs, including Princess Margaret of England, Jacqueline Kennedy Onassis, and Audrey Hepburn. He opened his first ready-to-wear shop in Milan and then in New York City and Rome, and his jewelry designs gained a following.

Valentino's jewelry was as sophisticated, glamorous, and innovative as his fashions, symbols of a relaxed attitude and luxury lifestyle. The range of women's jewelry included necklaces, bracelets, bangles, and leather bracelets punctured with the signature pyramid-shaped Rockstuds. Gold-tone earrings were laser cut into intricate shapes and block-chain pieces into the V logo. Works for men included edgy studs and leather cuff links and bracelets.

The jewelry was produced by well-known European costume jewelry firms, including Coppola e Toppo, Hurel, and the Soriano sisters. Many pieces were limited creations to be worn on the runway, but jewelry was also part of the ready-to-wear lines. The pieces made in the 1980s and 1990s are especially treasured by collectors today.

Valentino had an extraordinarily successful and illustrious career, serving the world's glitterati—royals, high society, and the entertainment world. He and Giancarlo sold the company in 1998, though Valentino remained the designer. He retired in 2008.

Valentino jewelry is usually marked with the iconic "V" or the word Valentino. Sometimes the mark includes, Made in Italy. 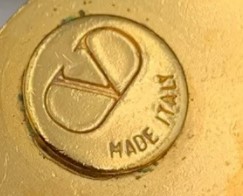 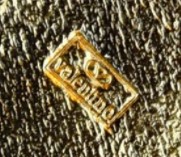 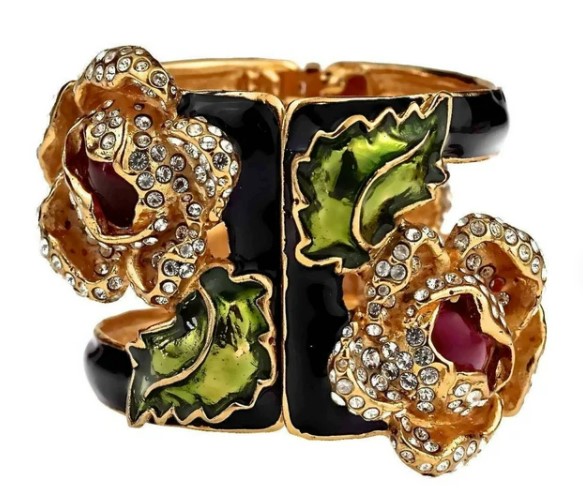 Collectors seek out fashionable pieces from the 1980s and 1990s, including large rhinestone earrings, oversized brooches, and figural works.

How to Identify Vintage Valentino Jewelry

First of all, the mark, "Vc," is not a Valentino mark, even though you may see dealers claiming it as such. Instead, the Vc mark belongs to the Les Bernard company (another high-end jewelry brand). Learn more here.

The biggest thing to look for in authentic Valentino jewelry is a clear signature mark on the back or hangtag of the pieces. Look at the images in this article and compare what you see. Make sure you only buy from online dealers that display clear photos of signature marks, and be sure to read the seller's reviews to confirm they have happy customers.

While it is true that Valentino produced some unsigned pieces, I would caution against purchasing them. You never know what you are buying unless there is a clear mark.

I love shopping for vintage jewelry on Etsy. But, just like with other online marketplaces, you must do your due diligence in finding a reputable dealer. I have a few shops to recommend to get you started!