What is Victorian Jewelry?

Looking for Vintage Napier Jewelry? Learn about history, jewelry marks, materials used, collectible pieces, and where to buy in this guide.

James Napier refused to use the term “costume jewelry”; he preferred “fashion jewelry.” He also insisted that rhinestones be called “foil-backed faceted crystal stones.” He did not want his jewelry to be associated with anything cheap or of low quality. He wanted customers to notice the attention to detail and the highest-quality materials.

What is now the Napier Jewelry Company began life as Whitney and Rice in 1875. After multiple changes of name, James Napier became president of the company in 1920 and a couple years later the company became Napier. James said “Napier” was French for “without equal” and that was what James wanted the company to be. James was particular about the caliber of his products that were sold in high-end department stores, such as Bergdorf Goodman, yet remained affordable for purchase by the average woman, while adorning movie stars and international celebrities.

Under James, the Napier Company was on the cutting edge of fashion and design. He sent his designers to Europe to learn the Old World techniques from the masters and to be inspired by European fashions.

Costume jewelry in the 1920s was often very ornate. Napier stood out with simpler, sleeker modern geometric designs that spanned many genre, such as Egyptian motifs, Victorian Revival, and Art Deco. At that time, they also produced the flapper mainstay, the sautoir, a long, long necklace often worn down the back with a backless dress.

During the 1940s and early 1950s, sterling and retro jewelry was all the rage. Because of the need for base metals during World War II, costume jewelry manufacturers produced sterling silver often plated with a gold vermeil finish. Also in the 1950s, Napier became known for designs that resembled Mexican and Scandinavian designs.

Until the 1980s (when Napier was sold), all enameling was performed in-house by skilled craftsmen. After that, enameling was finished by suppliers or outsourced vendors from Asia. However, the final assembly, such as the addition of a clasp, tagging, and packaging was still performed by Napier employees.

James worked for the company from 1914 to his death in 1960. In 1980, the company was sold to Victoria & Co., which closed Napier in October 1999. However, Napier jewelry is still manufactured and distributed by the Jones Apparel Group.

For large companies like Napier, jewelry is often a teamwork effort. Rarely do designers take personal credit, except in special circumstances, as with the following two designers.

Frederick W. Rettenmeyer was the head designer at Napier from 1907 to 1964. He made regular trips to Europe to be inspired by European fashions and designs. During the 1950s and 1960s, he and his team, including Eugene Bertolli, produced more than 100 themed charm bracelets, such as the “Lanterns” series, inspired by Chinese lanterns, and “Tropicana” with iridescent opaque beads in bright fruit colors.

Eugene Bertolli joined Napier after he was invited by a Napier “scout.” First on Frederick Rettenmeyer’s team and as his protege, later as Director of the Design Department, Senior Vice President and ultimately Director of The Board, Eugene was with Napier for 38 years. Twice, his designs won for him the "Designer of the Year" award in international jewelry design competitions.

One especially coveted line is his “Endangered Species” from the 1970s. An elephant, fox, otter, lynx bobcat, and mountain lion are among the animals depicted (individually) in sterling silver on a modernist-style tangled forest. 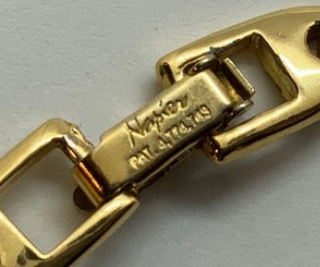 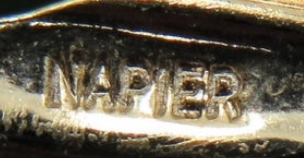 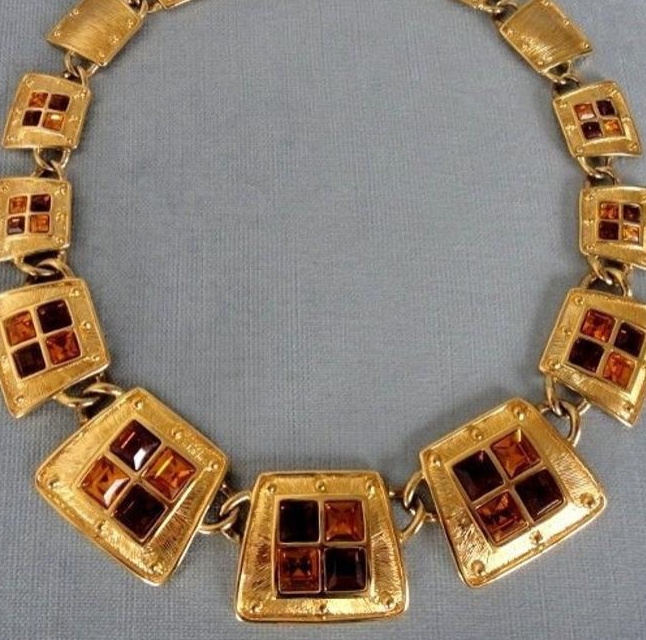 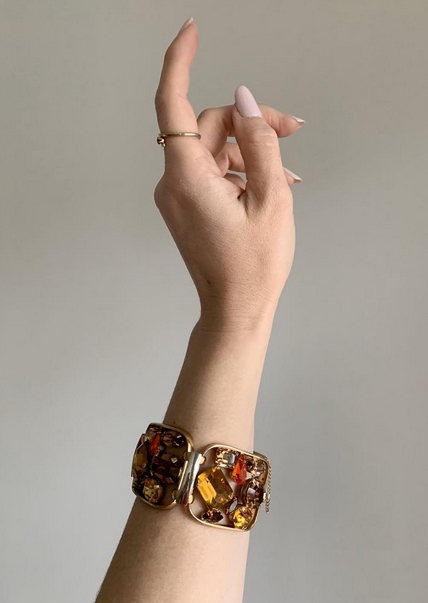 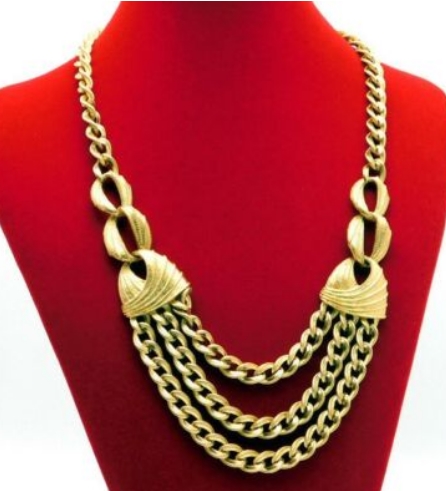 This necklace features three chains suspended between gold-tone loops on each side with the largest loop having an overlapping motif. The elegant texturing has thin rows of tiny gold-tone beads on each large loop and on the links of the thick curb chain. The necklace measures 22 inches, including the center drop which is 9 inches long. 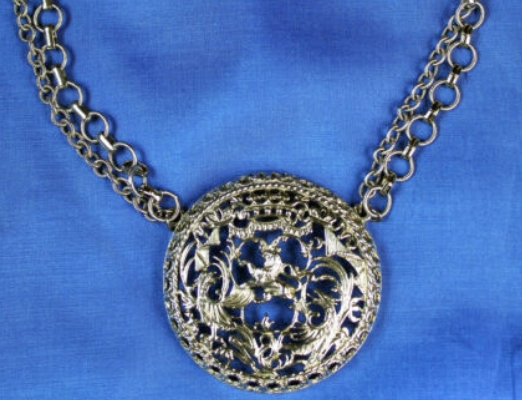 Big Cat on a Globe Brooch 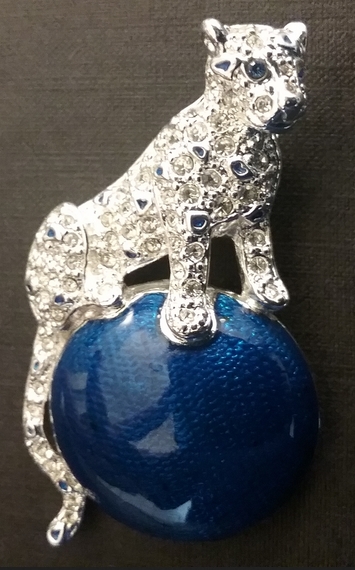 1980s. This brooch is Napier’s answer to Cartier’s diamond and sapphire panther sitting on a 152-carat star sapphire and fashioned in platinum, famously owned by the Duchess of Windsor. Napier’s silver-tone brooch  features a leopard-type cat with white rhinestones and a blue enamel spotted body sitting on a globe of blue enamel.

How to Identify Vintage Napier Jewelry

Most in-demand pieces are sterling silver and braces and necklaces with glass art charms. Pieces from the 1920s in their Egyptian line are rare and highly collectible.

To accurately date Napier jewelry, you must look at the individual components as well as the overall design. You will be ahead of the game when you become expert at that. Pieces made during the 1920s have a period aesthetic about them when compared to later pieces. Also, they were made with such high quality materials and workmanship that they may look newer than that.

On the other hand, some Napier pieces that are much newer are sometimes represented as from the 1920s by unknowing or disreputable sellers. Studying some of the specifics of 1920s Napier jewelry will help in distinguishing older pieces from more contemporary styles.

Napier had a huge vault of designs and molds starting in the 1900s. Decades later, their jewelers used those designs and molds. This makes the ability to date a Napier piece even more confusing, even for people who have been collecting for years.

To help with the problem of dating Napier jewelry, “The Napier Co. Defining 20th Century American Costume Jewelry” is a great reference book, as well as being stunning. It details the history of the Napier Company and displays its jewelry in more than 4,000 pictures. It really is an “everything you want to know,” how the company developed its jewelry style over the decades and provides details on findings, materials, and designs, so that collectors can properly date Napier pieces.