If you are wanting to add some vintage Marcel Boucher jewelry to your collection, you have come to the right place. We are going to cover brand history, designers, materials, how to collect and what to collect, as well as where to buy.

Marcel Boucher was one of the most talented designers and manufacturers of American costume jewelry in the 20th century. His jewelry was notable from the very beginning due to the excellent design and high-quality materials. It was commonly mistaken for precious jewelry.

Marcel Boucher was born in Paris in 1898. After the "Great War," he became a mold-maker and apprentice designer at Cartier, one of France's most prestigious jewelry houses. In the early 1920s, he transferred to Cartier in New York City. When the depression hit, the demand for fine jewelry waned, and Marcel found work at Mazer Bros., jewelers who specialized in affordable copies of high-end jewelry. He became fascinated with the apparently limitless design possibilities of costume jewelry, and, in 1937, Marcel and Arthur Halberstadt founded "Marcel Boucher Ltd. Novelty Jewelry," a successful partnership with Marcel in charge of design and manufacturing and Arthur sales and financial operations. In 1944, they changed the company name to "Marcel Boucher & Cie."

Marcel's pieces featured intricate metalwork, rhinestones that could pass for precious gems, top-quality faux pearls and the artistry of his colorful enamel work. Marcel gained fame, in particular, for his bold, imaginative enameled pieces: brooches shaped like fruits, animals, and human figures. His fantasy bird pieces were glorious with their bright enamels, richly colored stones, and three-dimensional design that makes them look ready to take flight. Marcel loved mechanics, and he incorporated moving parts into his jewelry. "Punchinello," a court jester, raises his arms and legs when a chain is pulled; a pelican opens his beak to catch a fish; and flower petals open and close in his "Night and Day" flower series.

During World War II, the white metal used in costume jewelry was restricted to military use, and so jewelers used sterling silver. Marcel moved to Mexico for the duration of the war to be close to the abundant supply of silver. While there, he created his line, "Parisina," so-called in honor of his beloved France and the traditional artistry of Mexican silversmiths. When the war ended, Marcel moved back to New York City, where he experimented with Cubist-inspired pieces and began to produce parures to wear with the newly feminine post-war fashions.

In 1949, Arthur left the business, and Sandra Raymonde Semensohm became Marcel's assistant. Sandra was a well-respected jewelry designer in her own right, and the two became the power couple of costume jewelry. In October 1964, Sandra and Marcel were married, and in January 1965, he died. Sandra ran the company for a few years, but she was more designer than a businessperson. In 1970, she sold the business to Davorn Industries, continuing with the company as a designer of watches, marking them "Marcel Boucher." In 1979, Davorn was sold to D'Orlan Industries of Toronto, who continued to use Marcel's molds. In 1984, D'Orlan partnered with Nina Ricci and remained in business until 2006.

As we mentioned, Sandra Boucher was a very experienced jewelry designer when she came to work with Marcel. He had "stolen" her away from Harry Winston, and there was a period when she was Head Designer for Tiffany. She grew up in Paris, learning jewelry design from her father and brother who were freelance designers for fine jewelry. She did some design work during the Nazi occupation, then emigrated to the United States in 1947.

Maurice Bradden designed for Marcel as Marcel mentored him. After moving to Canada, he opened his own jewelry company, D'Orlan Jewellers Ltd., which eventually absorbed Marcel's company. (It was a friendly merger.) 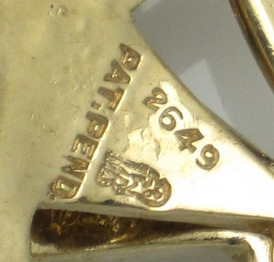 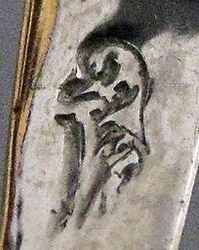 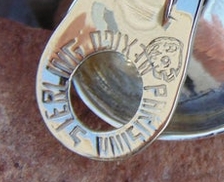 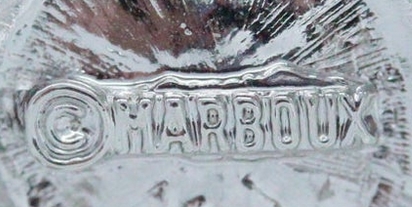 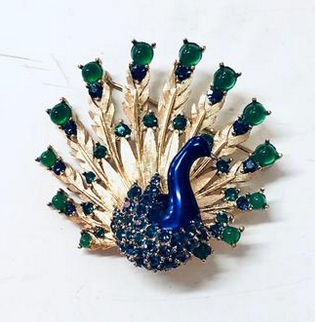 Marcel's six exotic bird brooches are among his most iconic and most coveted pieces. The workmanship is extraordinary. The bright enamels are works of art with each feather engraved in gold-toned metal and pave rhinestones creating a fabulous and fantastic rendition of the bird. In this case, the Phoenix as it arises from the ashes enveloped in the red and gold flames.

You would be proud as a peacock to have this Marcel demi-parure of brooch and clip-on earrings. The meticulous attention to detail is classic Marcel. The peacock brooch is a glamorous composition of sapphire-colored rhinestones, faux jade cabochons and striking royal blue enamel. The matching earrings are stylized baby birds.

Marcel's magnificent jeweled Maltese cross is breathtaking! The "jewels" look like precious gems—the unfoiled faceted blue rhinestones and cabochons are as dazzling as the finest emeralds and sapphires—all prong set in gold plate. Bonus—the cross can be worn as a brooch or a pendant.

Marcel did a "flower of the month" series. It would be quite a coup to have all 12. Pictured here is the flower for February with amethyst and crystal rhinestones set in vermeil.

If you are wanting to add valuable pieces to your vintage costume jewelry collection, Marcel Boucher is an excellent designer to search for. I suggest you check out Etsy and eBay for vintage Boucher jewelry, as you will have a great shopping experience and find a large selection to browse through.

To recap, some of the best pieces of Boucher jewelry to collect are:

For a valuable "crash course" in Marcel Boucher jewelry, look through the Marcel Boucher pages on Etsy—more than 500 examples of his artistry and genius. In addition to being a great place to browse, Etsy is also a safe place to shop.  Also, have a look at our favorite Etsy Shops for buying costume jewelry.

What is your favorite Marcel Boucher jewelry? If you have any questions, please leave them in the comments below, I love to help!