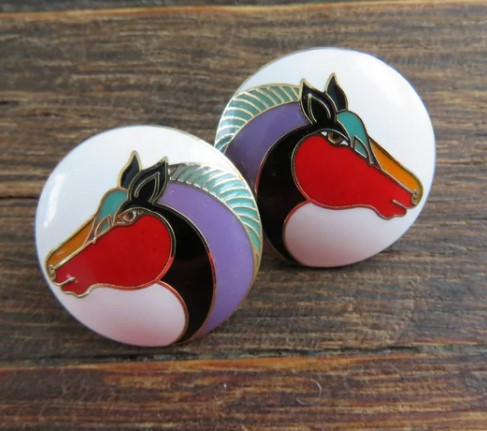 If you are looking for vintage Laurel Burch jewelry, then you have come to the right place. Here you will learn about the history, materials, jewelry marks, our favorite collectible pieces and where to buy them.

“I live within the vivid colors of my imagination ... soaring with rainbow feathered birds, racing the desert winds on horseback, wrapped in ancient tribal jewels, dancing with mythical tigers in steamy jungles.” - LB

Laurel Burch was known for her visions of “fantastic felines,” mythical animals, colorful blossoms, butterflies, moons, hearts and imagined people, among myriad other fantasies, into colorful enamel jewelry, paintings, T-shirts, scarves, ceramics and tote bags, which were sold in thousands of stores. Forbes magazine in 1985 said she had created a niche between high-volume, low-price costume jewelry and high-priced designer lines like Paloma Picasso’s for Tiffany. Her passion was art, and 90 percent of her designs derived from her original paintings.

Dec. 31, 1945 - Laurel Anne Harte is born in the San Fernando Valley of California. She grows up in a broken home; her father marries three times, her mother twice. As a young girl, she feels emotionally unstable and untalented, but finds her joy in playing the guitar, dancing and drawing.

1959 - She leaves home with only a paper bag of clothing and pays her way cleaning houses and caring for children in exchange for room and board. She drops out of high school and becomes a vagabond, singing and playing the guitar. She never takes an art class.

1964 – Laurel marries jazz musician, Robert Burch but divorces him a year later. While pregnant with her second son, Jay, she is arrested for stealing a piece of meat from the supermarket, because someone tells her she should eat more protein. In addition to receiving welfare payments, she supports the children by hammering junkyard metal into jewelry at her kitchen table.

Early 1970s – Laurel meets businessman Shashi Singapuri in San Francisco. Together they form Laurel Inc. a 50/50 joint venture and attempt to manufacture there by hiring hippies and counterculture types to work for them. This is not successful, as the workers are unreliable and would stay for a few months, then move on. 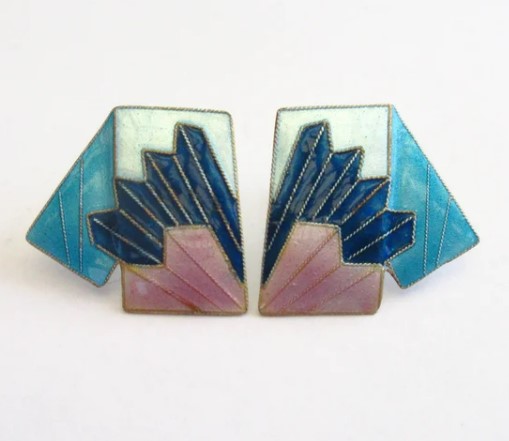 1971 – An editor from Vogue is impressed by a necklace she is wearing, which has been made from scraps of metal and hammered out in a cast iron frying pan. Laurel’s work is later featured in both Vogue and Harper’s Bazaar Magazines.

Gaining valuable awareness, Laurel is invited to China to show her work. While she is there, she discovers the art of cloisonné, a kind of enamel work, which has brightly colored areas of enamel forming a larger pattern. She makes a dozen paintings and has the designs made into earrings. Mr. Singapuri puts up some money, and eventually, Laurel Inc. begins manufacturing in China and Singapore.

The colorful jewelry is the beginning of her signature look, with cloisonné patterns showing up in many other media, including fabric. She goes on to work in cast metals and wood and to include spinoff products on paper, porcelain and fabric. Laurel ignores fashion trends, preferring to appeal to ‘shy people as well as bold, eccentric ones.’ Her cat coffee mugs are still seen in thousands of kitchens all over the world.

Subsequent trips to Egypt, the Middle East, Mexico and Bali inspire new collections, including hand-carved figurines and jewelry. In the American Southwest, Laurel witnesses the wild mustangs running free through Elk Canyon, resulting in one of her most treasured paintings called The Wild Horses of Fire.

1979 – Laurel splits with Mr. Singapuri, and founds Laurel Burch Inc., taking on the role President and Chief Designer herself. Laurel proves herself to be an extremely capable businesswoman. She is the first designer to create a boutique within a Macy’s department store, a business model which many designers follow to this day.

Mid 1990’s- Her designs are licensed to outside companies to make and distribute them around the world.

September 13, 2007 - Laurel passes away in Novato, California due to complications from osteopetrosis, a rare and painful bone disease which she had lived with most of her life. 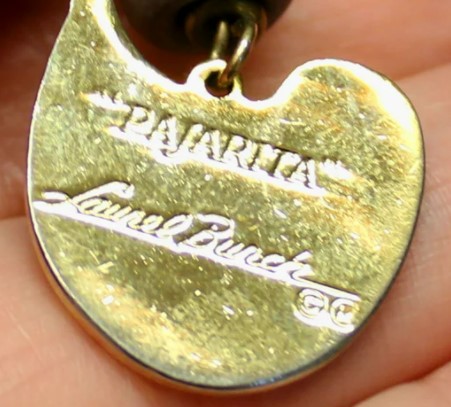 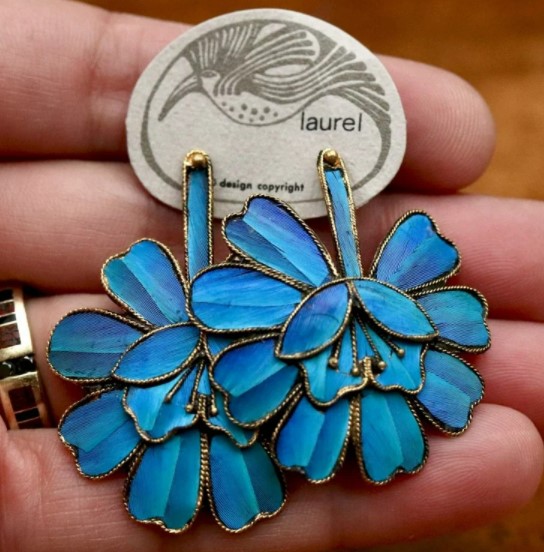 Laurel Burch Jewelry is widely available on the internet at very affordable price points including eBay, Amazon and Poshmark. We have seen a number of interesting pieces on Etsy worth considering:

If you are collecting vintage Laurel Burch jewelry, a good place to start is with her signature cat brooches. They are typical of her whimsical style. Then add to it some animal or bird earrings, a brooch or two, and a necklace to give you a good representation of her work. 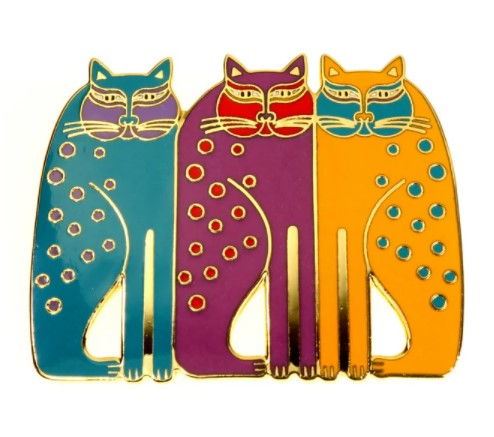 Laurel’s work has delighted and inspired countless fans throughout the decades. Her jewelry has a unique, fantastical look. You can often recognize a Laurel Burch piece in an instant.

If you are interested to start a collection of her jewelry, search for some of her earlier work. Her designs under the Laurel Inc. name represent her early ventures in the commercial world and as such, are highly collectible. You can then build from there with pieces that catch your fancy. [Check out The Museum of Jewelry on Etsy for a large selection of Laurel Inc. jewelry]

Even though Laurel’s jewelry was made a few decades ago, it still looks fresh and fashion- forward, ready to delight new generations of collectors.

“I refuse to have anything in my life that I cannot turn around into something magical and beautiful.” - LB