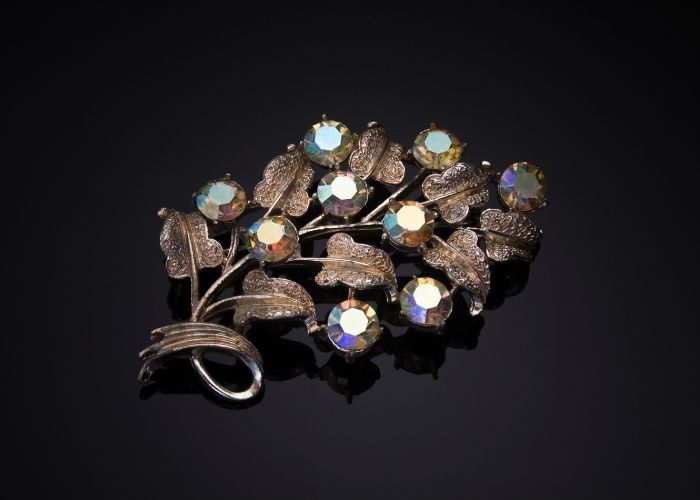 Looking for Vintage Judy Lee Costume Jewelry? Learn about the history, materials used, jewelry marks, and how to identify in this guide.

Judy Lee made costume jewelry between the 1940s up until the end of the 60s. Costume jewelry, dating back to Victorian times was made to replicate diamonds, by using “glass” a term that in jewelry making covers beads, crystals, and rhinestones. Most Judy Lee pieces were assembled using glass, in various forms, although some pieces are entirely metal.

Blanche Viano began a small jewelry company in her home in Chicago, Illinois, back in 1949. Soon the popularity of her product line increased, and her husband Aldo Vino joined on as general manager. The company was named Blanch-ette Inc. Judy Lee, a division of the company opened in 1958 and named for the couple’s daughter. The line continued until 1968.

During World War II (1939-1945) while the men were fighting in the war, women entered the workplace in record numbers and began bringing home an income. For many of these women careers were short lived, once the men came home.

Yet, women were still interested in earning income, if only part time. It became popular for women to host home parties, where an enterprising woman could bring products to sell. Avon, Mary Kay Cosmetics and Tupperware were famous for these types of parties, which became profitable through multi-level marketing.

Capturing the Look of Judy Lee

As old classic black and white films illustrate, this period had an element of glamour. There was a conventional way of dressing, prior to the hippie era, which saw most women in dresses, or blouses and skirts, during the day. Evening attire included a more sophisticated look including little black dresses, like Holly Golightly, in Breakfast at Tiffany’s, or even full-length evening gowns.

Many pieces in the Judy Lee collection are considered “revival jewelry.” This means they took trends from the past and incorporated them. This can encompass visual styles or even jewelry making techniques.

Judy Lee borrowed many elements from the Victorian era. Gardening was a popular past time for women, in England and this influenced Victorian jewelry. Anything associated with nature became part of design.

Judy Lee used designs including flowers, leaves and elements of nature. You’ll find an abundance of floral motifs in Judy Lee designs. Starburst and sunburst motifs are also popular. Look for fruit designs too such as apples, or surprising vegetables such as elongated pea pods. 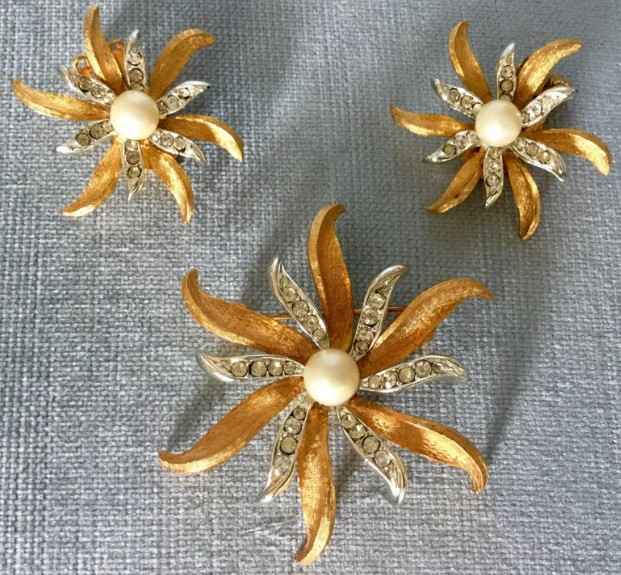 Animals are also part of Judy Lee designs. Although available in a lessor quantity, you will still find fish, turtles, butterflies, birds and even feathers.

Modernist designs were also favored during the turn of the 19th century, as industrialization was the focus of the new generation, seeking more modern styles. Slide style bracelets were all the rage, and these trends were included at Judy Lee.

In the Victorian era, there was a fascination with all things Ancient Egyptian. A subsection of jewelry emerged called Victorian Egyptian. A prominent symbol was the Egyptian beetle known as a scarab, which became a fun addition to the brand.

Swedging is a construction technique used in jewelry making that allows for small, numerous rivets to join metal components. Judy Lee used the swedging technique to create jewelry that had a look of fine craftsmanship. This enabled for a better finished product. 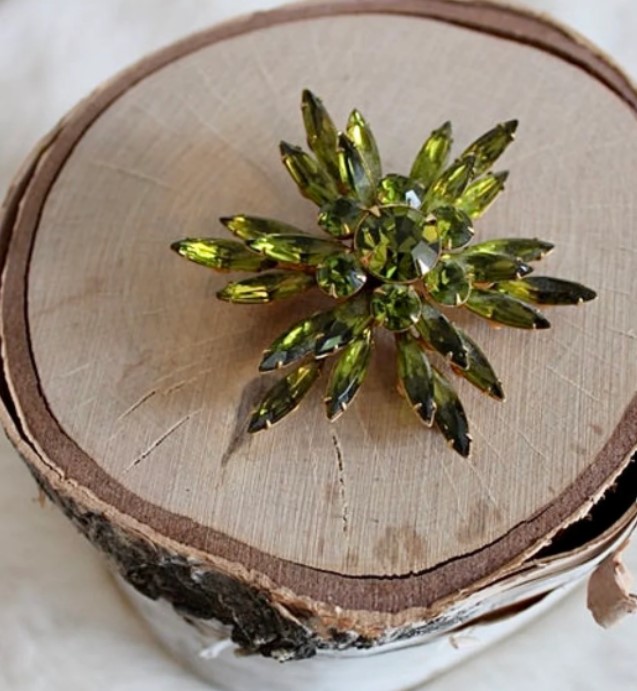 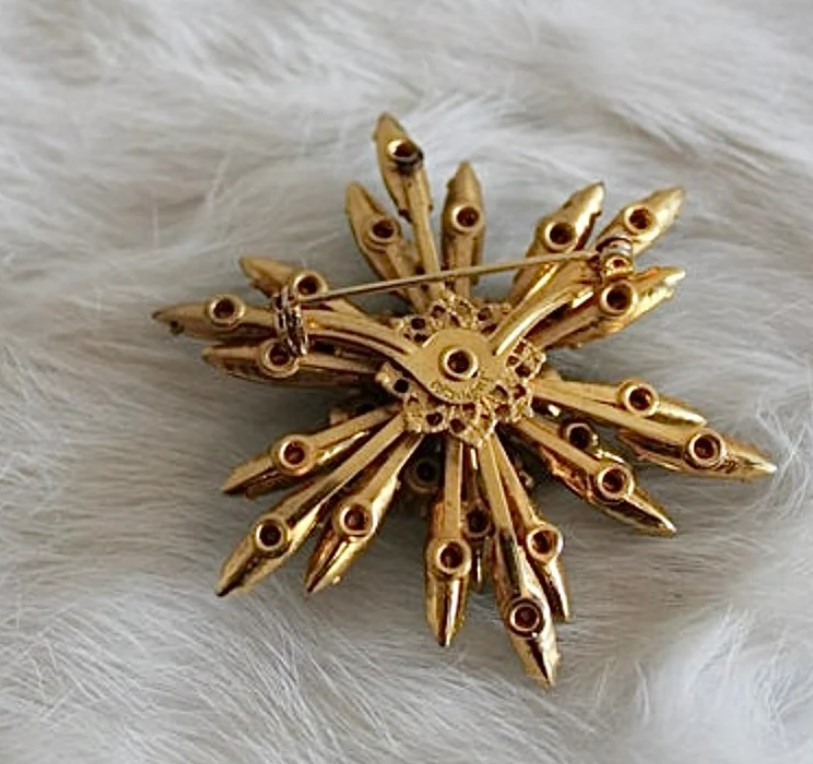 The Difference Between Crystal and Glass

Glass is an umbrella term which also contains crystal. Crystal is glass with different properties. Crystal must have a lead content of greater than 24 per cent, a density of more than 2.90 and a reflective index of 1.545 as established by the European Union, in 1969.

In the United States crystal is considered any glass with over 1 per cent lead content. Judy Lee, although an American company, used European crystals in most designs.

Judy Lee used Aurora Borealis Rhinestones in these jewelry creations.  Named after the Northern Lights, these stones were first crafted by Swarovski, maker of fine rhinestones and Austrian crystal, in 1955, for Christian Dior. To make these stones, Swarovski, took crystals and sprayed them with a metallic coating.

Capturing light and bouncing back iridescent color, these rhinestones soon became very popular with jewelry designers and their customers. Swarovski designed a multitude of colours and shapes, which have not been replicated  to the same quality by other companies.

Manufacturers of the stones including Swarovski and other Czech and German companies classify these stones by color from lightest to darkest. Most vintage costume jewelry used what is referred to as Vitrail II Medium, and Judy Lee was no exception. This stone has deep shades of pink and green.

Other ends of the spectrum in watermelon stones include Vitrail I Light which is very pale containing light pinks, and lilac. Vitrail III Dark ventures into purple and dark blue.

It’s interesting to note that the color is affected by the year the stone was produced and the company that manufactured it. 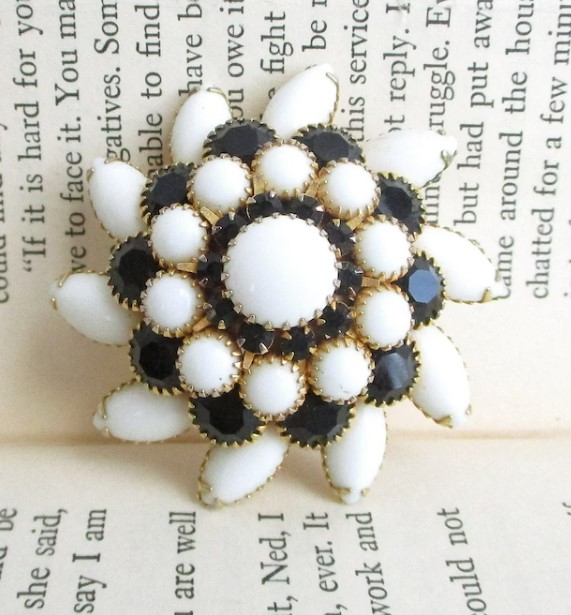 Milk glass is a recent name for what was also called opal glass. Originating in Venice, in the 16th century, it is opaque. While often white, milk glass is produced in a multitude of colors including pink, blue, brown, yellow, or black. Judy Lee used milk glass, cut in cabochon to replicate semi-precious gemstones.

Aurora Borealis can sometimes be mistaken as carnival glass. Rainbow or carnival glass is created by adding chemicals to pressed glass before firing. The iridescent glass was labeled carnival glass, as it was given away as prizes at carnivals in the early 1900s.  Judy Lee used carnival glass to produce some interesting works using cameos and intaglios.

Judy Lee jewelry designs also made use of cameos and intaglios, which were popular in the reign of Queen Victoria. Cameos are relief images where the picture is raised above the background. While traditionally carved from natural material such as onyx, sardonyx, ivory, or coral agate, mother of pearl or conch, Judy Lee used the glass variety.

In Italian, the word intaglio means incised or engraved. Once made from semi-precious stones, these mini works of arts were later constructed from glass. This was a tradition that Judy Lee continued.

There were various marks used in Judy Lee jewelry between 1949-1980. The first mark used was a handwritten script with a hyphen between Judy and Lee. Later, Judy-Lee written in capitalized block print became the logo.

Another version was Judy-Lee Jewels in handwritten script, with a single large “J” as the first letter of Judy and the word Jewels. 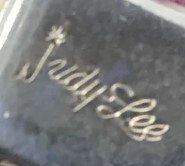 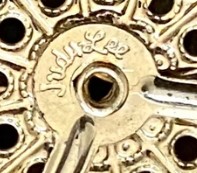 Some pieces are not marked, and this involves a process of elimination to find a marked piece such as a necklace and then finding matching earrings from the same collection.

Pieces that use swedging is another way to identify a piece of Judy Lee costume jewelry. And then, of course there are pieces you will find in the marketplace that come complete in the original pink or black box, with the Judy Lee logo imprinted on the top. 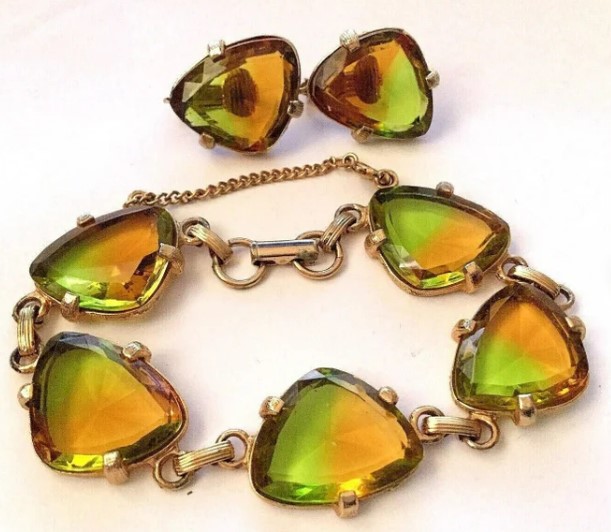 When buying pieces of vintage rhinestone jewelry, look for foil deterioration, which will lead to stone discoloration and a devaluation of the purchase. Look for missing and damaged stones in the jewelry as well.

If you are buying on-line take a good, close look at the photographs provided and the condition report. Buy only from 5-star recommended dealers and know the refund policy to avoid disappointment.

And remember to only buy what you absolutely love and can imagine yourself wearing.  This is the joy of jewelry!

Judy Lee jewelry produced highly collectible pieces that add the glamour of the 40s, 50s and 60s, when being well-dressed was an everyday occurrence for women at the time. Cocktail attire can take on a retro look with the addition of carefully chosen Judy Lee costume jewelry. It elevates an outfit!

Jewelry from the Judy Lee collections is still an affordable price and value, as many collectors have yet to discover it. For vintage pieces have a look at Etsy and eBay to purchase pre-loved Judy Lee jewelry.