Hermes is the world's most valuable luxury brand with a rich heritage of exquisite craftsmanship, highest quality and utmost professionalism.

If you are looking for vintage Hermes jewelry, then you have come to the right place. Here you will learn about the history, materials, jewelry marks, our favorite collectible pieces, and where to buy.

Thierry Hermès founded his business in 1837 making horse harnesses. He expanded into a variety of leather goods, such as saddles, saddle bags, riding gear and the first leather golf jacket. His company passed through generations of his descendants, right through the present day.

1880:   Thierry's son, Charles-Émile, became head of the company and his two sons, Adolphe and Emile-Maurice, worked with him.

1920s: Emile-Maurice was in charge and groomed his sons-in-law, Robert Dumas, Jean-René Guerrand and Francis Puech as business partners.

1951:   Robert followed Emile-Maurice and was the first person not descended from Thierry to lead the company. Aware of the importance of family, he added Hermes to his name: Robert Dumas-Hermès. He collaborated closely with his brother-in-law Jean-René. It was under Robert's leadership that the company began creating and producing jewelry.

1978:   Robert's son, Jean Louis Dumas, became chairman, and once again the company was led by a Hermes. He was the great-great-great-grandson of Thierry by way of his mother's lineage.

2006 - Following the retirement of Jean Louis, Patrick Thomas became CEO, the first person not at all related to the Hermes family. Patrick had been co-CEO with Jean Louis.

Axel Dumas has continued the company/family tradition of the ultimate in craftsmanship. They have always shunned mass production and outsourcing. Each piece reflects the hard work of the artisan. Hermes also remains in the “ultra-premium luxury” category. Their jewelry is designed to be exclusive, affordable to only the “1%.” The “limited edition” pieces continue as does the limited distribution of certain pieces to Hermes stores.

Jean Cocteau, writer, filmmaker, designer and visual artist, was a “guest jewelry designer.” Two of his creations were the Cleopatra Eye Magnifying Glass that could be worn as a pendant or as a scarf ring and the Mistigri Brooch, a lion's head with eyes of marquise cut emeralds.

Pierre Hardy left Christian Dior, where he designed shoes, to join Hermes as creative director of fine jewelry in 1990. His collection, “Enchaînements Libres,” reinvented the chain. He made it big and bold, reflecting back on Hermes as a harness-maker and saddler and on the nautical world. He also created the “Haute Bijouterie” collection, a marriage of the iconic Hermes bags and Hermes fine jewelry.

Martin Margiela, a Belgian designer, became creative director in 1997. Unlike designers today, he shied away from any publicity for himself. He also was unlike any jewelry designer that preceded him at Hermes. He made jewelry from everyday materials, such as his fabric rings and his necklaces made from champagne corks.

Jean-Paul Gaultier returned Hermes jewelry to its more understated look (compared to Martin's ultra designs). He established Hermes as the go-to house for discreet jewelry, such as fine strands of silver chains worn as pendants or belts, directing the aesthetic of time away from gold. 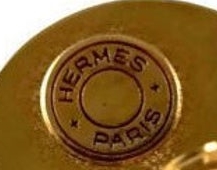 Some Examples of Collectible Hermes Jewelry 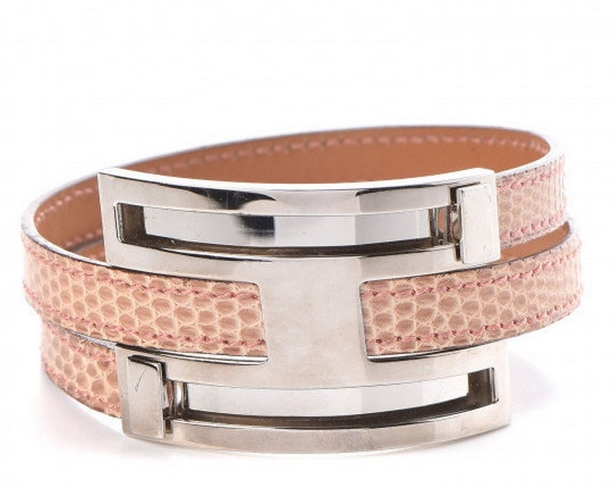 How to Identify Hermes Jewelry

Of all Hermes jewelry, the most counterfeited pieces are the Clic Clac H and leather Collier de Chien bracelets.

The exclusivity of the jewelry and their tendency toward “limited editions” make Hermes among the most coveted of vintage jewelry. But it is out there and certainly worth the search. Please see the Hermes Jewelry pages on Etsy as well as browse on eBay for vintage Hermes Jewelry.

My favorite shop on Etsy for authentic vintage Hermes jewelry is, eNdApPi because they offer a 100% authentication guarantee on all their items.