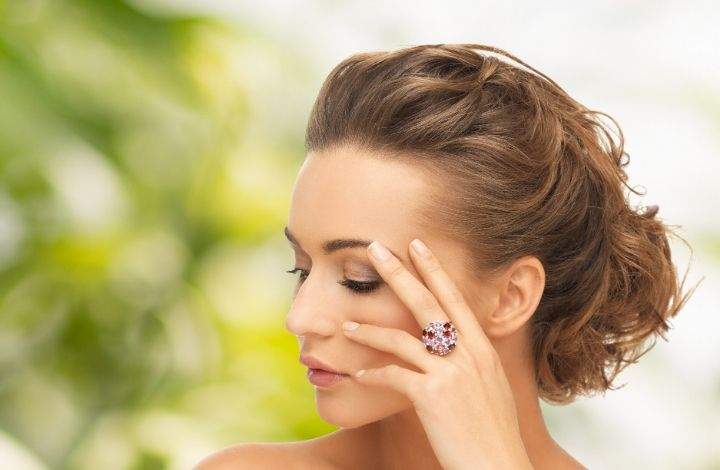 H. Stern designs draw on the arts to create jewelry that are works of art fashioned in gold and colorful gemstones. Look for the influences of painting, music, dance, fashion, and architecture. If you are looking to add vintage H. Stern jewelry to your collection, you have come to the right place. Here you will learn about the history, designers, marks, materials used, and tips on how to buy.

When Hans Stern was a teenager, he and his family fled Nazi Germany and arrived in Rio de Janeiro, Brazil, penniless. Hans found a job at Cristab, a company that cut and exported gemstones. He loved the colorful semi-precious gems and learned all he could about the jewelry business. He also studied the languages he would need to succeed in the international gem trade.

Part of Hans's job was visiting the mines. He became friendly with the miners and learned more about the gemstones from them. He pawned his precious accordion to buy gemstones on the consignment. He was still a young man when he founded his own company, H. Stern, his first shop established on the docks where international passengers disembarked from the cruise ships.

Hans wanted Brazil to be known as the “Land of the Colored Gemstone,” and today, more than half of the colored gems in the world are mined in Brazil.

The turning point in his career came when the Nicaraguan dictator, Anastasio Somoza, visited the struggling jeweler's shop and bought a distinctive aquamarine necklace for $20,000. Hans's reputation soared. His creations captured the free-spirited, colorful, creative essence of the Brazil. 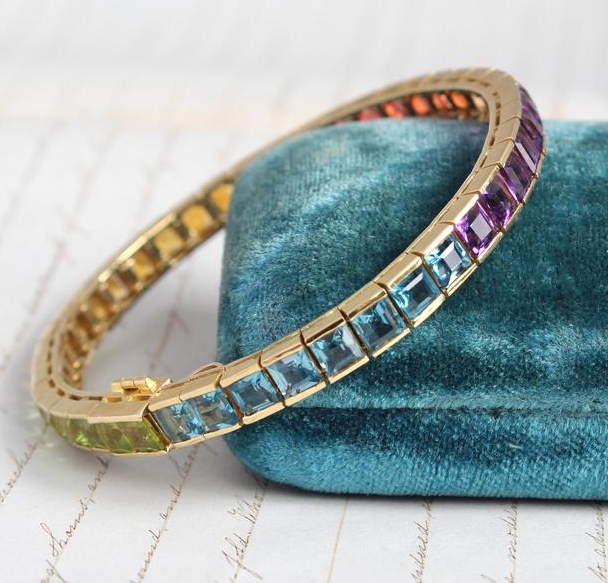 He also became known for his integrity. His business philosophy included the need for customers to trust the seller. As his company grew, he trained his proteges to carry on the highest ethical. standards, and he implemented a “complaints department” and read each complaint himself.

By the late 1960s, his jewelry company became known as the “Jewelers of the Caribbean.” His single shop on the docks of Rio de Janeiro had grown into 160 shops in 12 countries and his lone employee became a workforce of 3,000.

Hans had three sons and wanted to avoid the in-fighting that had ruined other family businesses. He met with all three to discuss the future of the company. Roberto was voted best equipped to lead the company. Ronaldo oversees US operations. Ricardo and Rafael work at other companies. All four have equal equity stakes in H. Stern.

When Roberto assumed the top spot, he took the company into a different direction. He followed fashion trends and created collections inspired by well-known artists: musician Carlinhos Brown, painter Anna Bella Geiger, fashion designer Diane von Fürstenberg, architect Oscar Niemeyer, and filmmaker Tim Burton. At the same time, he created jewelry for the average woman. He also liked to surprise his clients with unexpected details, such as small gems tucked away inside bracelet clasps and tiny stars carved into the inside of rings. Stars were always an H. Stern motif; “Stern” is German for “star.”

Under both Hans and Roberto, H. Stern jewelry has been about understated luxury. The designs are creative, simple and elegant with cutting-edge chic and sleek lines, as they continue to evolve.

Hans Stern was the creator of the brand. He was enthralled by the colorful gemstones found in Brazilian mines. He started with the stones and built the design around them.

Roberto Stern became artistic director in the 1990s. His designs were no less creative and colorful than his father's, but he started with the design and then chose the stones. He also brought in famous artists to collaborate on collections.

Carlinhos Brown, singer and percussionist, collaborated on the Miscigen Collection with its original textures and finishes with small glittering diamonds.

Oscar Niemeyer, illustrious architect, was 102 years old when he sketched designs in his signature flowing lines and organic shapes. His sketches were rendered in gold and gold-and-diamond pieces inspired by flowers and the female form.

Diane von Furstenberg, fashion designer, created the wildly popular DvF Collection that was considerably less subtle than H. Stern's usual designs. Diane's designs included power rings and bracelets with large links, but also those influenced by her travels to the East. The Love Knot, the Tibetan symbol of eternal love, is the signature design of the collection.

Tim Burton, the film director responsible for Alice in Wonderland as a dark fantasy, collaborated on a limited edition series that is among the most whimsical of H. Stern jewelry. Strange roses, colorful mushrooms, the Cheshire Cat, Jabberwocky and the like from behind the mirror. 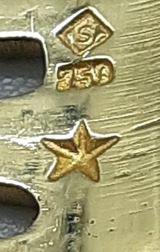 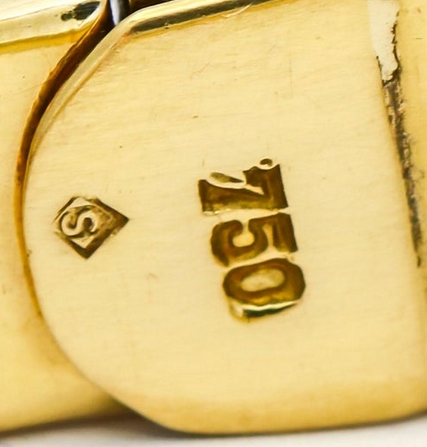 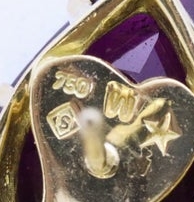 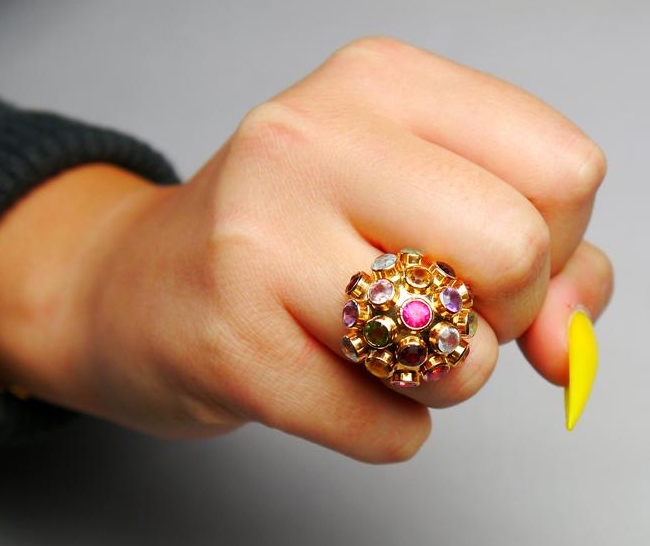 Does anyone remember Sputnik! This bracelet was created in the 1950s to showcase H. Stern's colored gemstones: amethysts, aquamarines, citrines, green tourmalines, pink tourmalines and garnets that equal 18.34 TCW. It was later that someone noticed it looked like the Soviet satellite launched in 1957. There are also Sputnik earrings, pendants, rings and brooches; the bracelet is the most difficult to find.

This bracelet is both retro and modern. It was made in the 1960s and is an unusual design for H. Stern and combination of materials.

Browse through the H. Stern pages on Etsy. There is a large selection of vintage jewelry in a fun variety of designs. You will find plenty of Sputniks to chose from! eBay is another great online shop for browsing H. Stern Jewelry.