The House of Graff is known for having the most fabulous gems and the most extraordinary jewelry. Styles may come and go, tastes change, but Graff persists in creating pieces that are simple, perfectly balanced and proportioned, and sensuous. Graff jewelry makes a statement—always.

If you are looking for vintage Graff jewelry, you have come to the right place. We are going to discuss history, designers, materials used, jewelry marks, and tips on how to buy this exceptional brand.

Laurence Graff journeyed from “almost rags” in London’s East End to untold riches and a place of honor among royalty, heads of state, socialites and the most illustrious film stars.

He was born in 1938 to a Romanian mother and a Russian father and was always fascinated with diamonds, from his first memory, from his family’s first memories of him. When he was 15, he became an apprentice to a jeweler in Hatton Garden, London’s jewelry district, learning to work on metals in between scrubbing floors and running errands. He was fired. The jeweler thought young Lawrence simply did not have what it takes. Undaunted, a few years later, he convinced a more experienced jeweler to go into business repairing Victorian jewelry. They then created inexpensive Victorian replicas made with semi-precious stones. 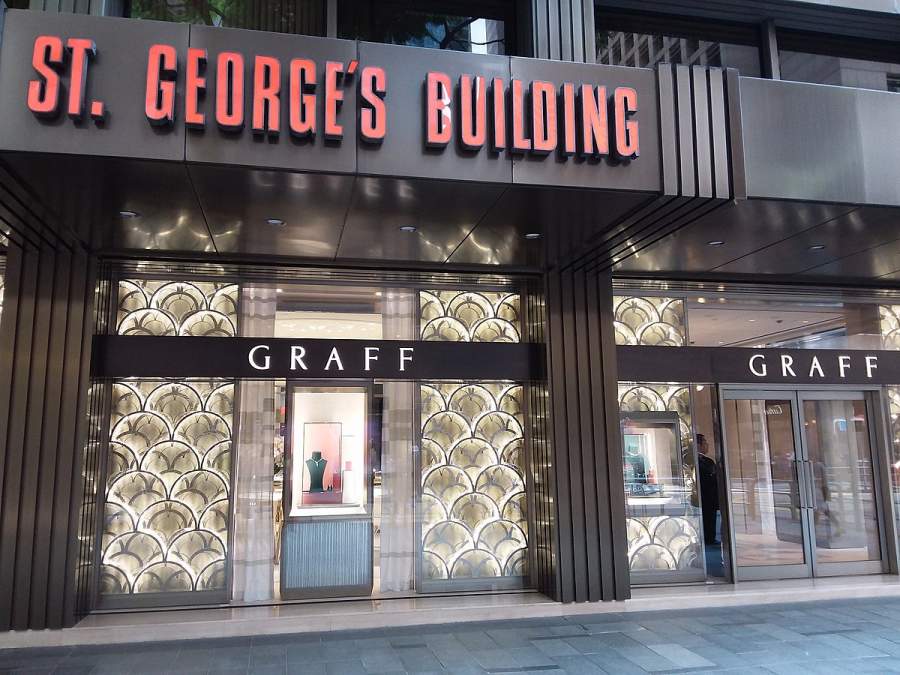 In addition to his innate jewelry-making talents, Lawrence was an entrepreneur with flair, a sense for opportunities and daring. He was also charming and persuasive, such as when a diamond dealer took a chance on him and advanced him 33 diamonds for 60 pounds. While anyone would have made 33 rings, Laurence made one spectacular ring, sold it to a jeweler in northern England, who promptly sold it and ordered more. He stay with making all-diamond rings for some time and then ventured into working with emeralds, rubies and sapphires.

He founded Graff Diamonds in 1960 at age 22 and opened two stores in London, his reputation as a maverick attracting customers to his stores, his jewelry designs becoming ever more adventurous. In 1967, he traveled the world, introducing his creations to (and befriending) the “upper crust” of the world. In the 1970s, he broke barriers by marketing to an untapped demographic, the younger generation who associated diamonds with their stuffy elders. His image of a young woman with her “big hair,” the style of the day, filled with diamonds gained attention around the world, not only for the pure beauty of the advertisement but also for its message that diamonds are for young women also. 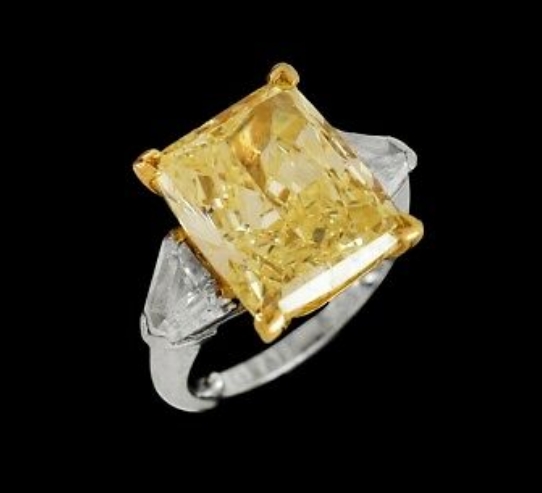 In 2000, he opened his first store outside of the UK—in Monaco, of course, the world’s renowned playground for the richest and most famous!

Graff remains a family business with Laurence as chairman and his son Francois as CEO with more than 50 stores worldwide. Their clients are their friends; anyone who enters their stores are treated as family. Laurence’s passion for diamonds has never diminished. He is aware of his great fortune in finding his life’s work at such a young age!

Graff has some of the most fabulous jewels in the world, including the largest flawless heart-shaped diamond, the largest yellow diamond at 118 carats, and a 373.72-carat diamond dated at more than three billions years old, during the time that Earth was in the process of being created. 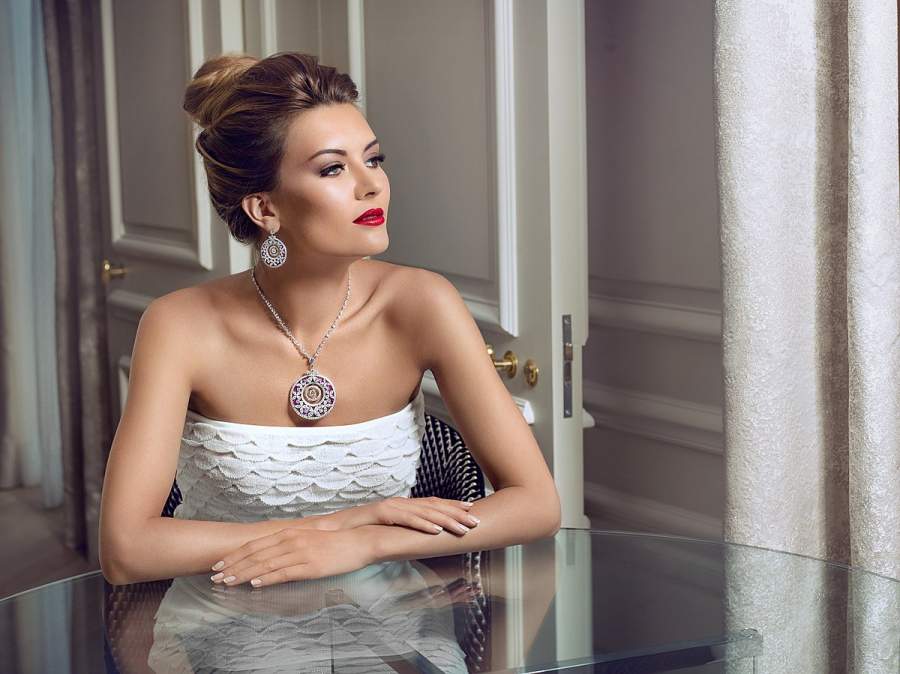 Laurence Graff, of course, was the first designer and continues to oversee every design.

Graff Team of Designers: Laurence enlists the talents of the finest designers he can find. Some design with hand drawings, some with CAD, a computer program. The designers working with the team of craftsmen create created jewelry of unparalleled beauty and unsurpassed quality. 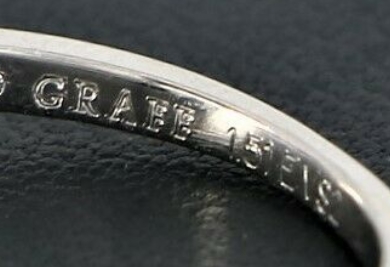 As befits Graff’s reputation as one of the finest creators of the most spectacular jewelry, there are no compromises in materials. Only precious metals are used: 18K yellow gold, 18K white gold and platinum. Likewise, the highest quality precious gems, such as white diamonds, pink, yellow and blue; emeralds, rubies, and blue sapphires.

Perhaps the defining element in Graff jewelry is the enormity of its gemstones. Laurence is quite open in that he wants the biggest and the best. His own gemologists search the earth for the gemstones, just as his designers and craftsmen produce extraordinary finished pieces.

Some of his most notable stones:

Compared to other jewelry that we have featured, Graff is somewhat of “a new kid on the block” as far as vintage jewelry goes. Any Graff jewelry will fit into the “collectible” category as years go by. So if you are fortunate enough to come into possession of one of the many magnificent pieces, cherish it for itself now and value it as an investment.

Just as examples, keep your eye on these pieces and similar ones.

18K Yellow Gold Pear Shaped Ruby Ring with Diamonds
A rare piece created in the 1970s with a pear-shaped .85-carat ruby in the center surrounded with multi-colored round-cut diamonds.

These tips will apply to any diamond jewelry that you are considering purchasing.

It’s worthwhile to check on Etsy and Ebay every once in a while to see if a Graff piece shows up, but as we said, it might be too early to look for vintage Graff. Also check on 1stdibs.com and luxurybazaar.com.

Let me know if you have any questions in the comments below! Thanks for reading 🙂