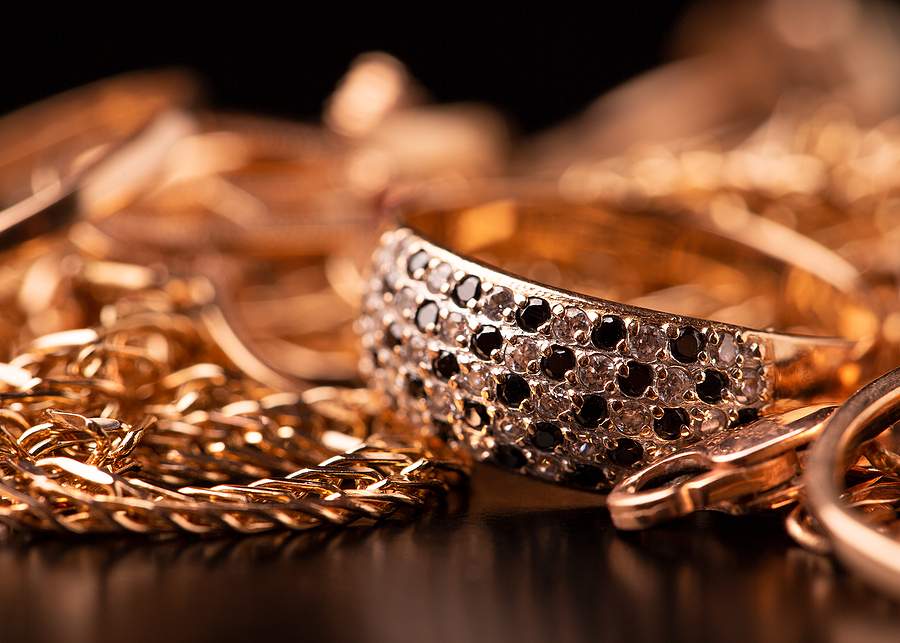 The Ciner Company’s commitment to handcrafting costume jewelry the traditional way has made the firm a collector’s secret for more than a century. If you are looking for vintage Ciner jewelry, then you have come to the right place. Here you will learn about the history, materials, most collectible pieces, and where to buy.

Emanuel Ciner was born in Austria in or around 1864. He came to the US in 1886 and opened the Ciner Jewelry Company six years later in Manhattan. He produced expensive, high-quality fine jewelry with precious gems usually set in gold or platinum. In the 1920s, Emanuel’s sons, Irwin and Charles, joined the business. Irwin oversaw the molding, casting, and enameling techniques. Charles managed the Sales Department.

During the Depression, Emanuel became the first and only American fine jeweler to make the switch to costume jewelry. He produced necklaces, bracelets, earrings and pins, using rhinestones, crystals, imitation pearls, and gold plate. What did not change was the same high quality as his fine jewelry. All the work was done meticulously by hand by master craftsmen. The pieces were sold in upscale department stores such as Neiman Marcus and Macy’s. 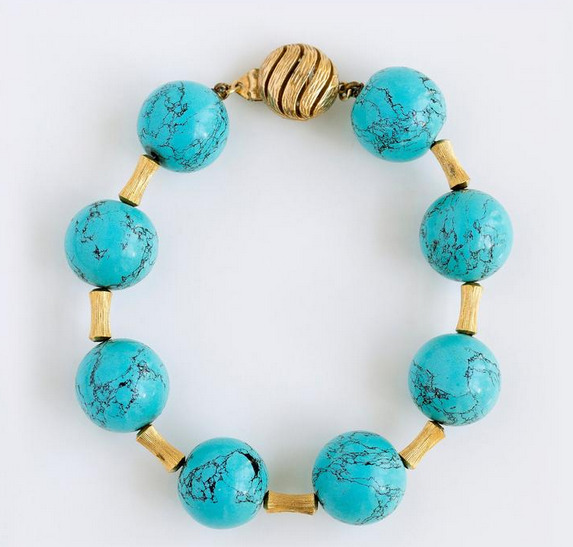 Ciner’s figural pieces shaped like animals and flowers are especially coveted among collectors as are chokers and bracelets with tiny turquoise seed pearls or crystal squares in interlocking zigzag patterns. Other sought-after pieces are the sculptural pendants and cuffs and the hefty chains and crystal-studded drop earrings.

In 1958, Emanuel died. Irwin and Charles carried on the tradition and introduced an array of innovations, including more durable casting molds and white metal alloys that look like precious metals. By the 1960s, Ciner Jewelry was sold at some of the most fashionable stores and was worn by the era’s brightest stars, such as Elizabeth Taylor, Jacqueline Kennedy and the Duchess of Windsor. 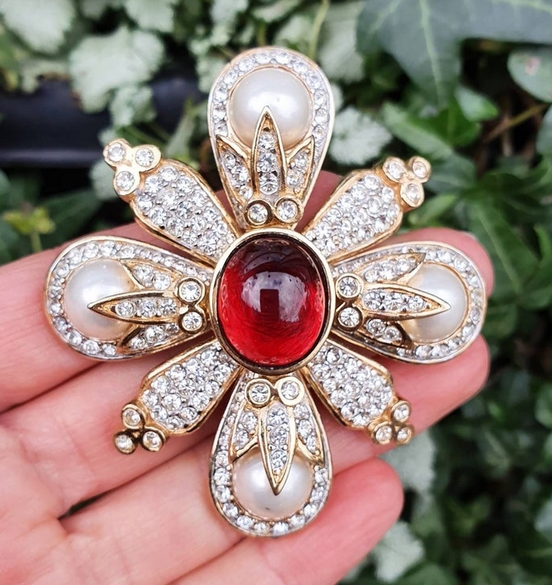 In 1979, Irwin’s daughter (and Emanuel’s granddaughter), Pat Ciner Hill, assumed control of the company with her husband David Hill. Pat had grown up in the business, and David had a love for costume jewelry, a talent for designing and the mechanical knowledge needed to craft the pieces. Together they led the company to revenues in the multi-millions of dollars.

Ciner is the only surviving costume jewelry company left that designs, manufactures, and produces each piece by hand in its New York City atelier and still adheres to Emanuel’s exacting standards.

Carolyne designed for Ciner because of those exacting standards. She has been part of the American world of design for years, in fashion, decorative arts and gardening. She opened her own fashion house in 1985.

Ciner’s commitment to handcrafting costume jewelry the same as fine jewelry appealed to Carolyne. As much as she was one of the “Beautiful People” often draped in precious gems, she was more interested in the line, color, texture, and proportion than she was about the materials used. Also, it presented the opportunity for her to return to an early passion: jewelry making.

Carolyne created a line of nature-themed jewelry. She rummaged through the Ciner archives and studied pieces from her own collection. Her intent was to wed history with the trendy. The result had a rather irreverent tone, reflective of Carolyne’s personality and lifestyle.

Her collection, “The Birds & The Bees,” 18 pieces, uses 18K gold plating, rhodium plating, and Swarovski crystals. All proceeds are donated to shelters for homeless animals. 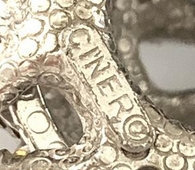 1980s. Jane Wyman (the first Mrs. Ronald Reagan) worn a Ciner necklace exactly like this when accepting her 1984 Emmy Award for best actress. Necklace (14 inches long) and bracelet (7 inches long) are flat ropes with faux diamonds (rhinestones) in a diamond pattern on a backdrop of gilded metal. The earrings are domed buttons featuring the same diamond pattern design and rhinestones. They measure about 7/8-inch round and are clip-ons.

How to Identify Vintage Ciner Jewelry

Ciner is unique among costume jewelers in that its pieces are not copies that people wear when the originals are in a safety deposit box. They are valued for themselves. In 2011, ear clips and a bracelet at one time owned by Elizabeth Taylor were auctioned off at Christie’s and brought $15,600–100 times more than estimated.

Etsy and eBay both have stunning collections of Ciner Jewelry to browse through.