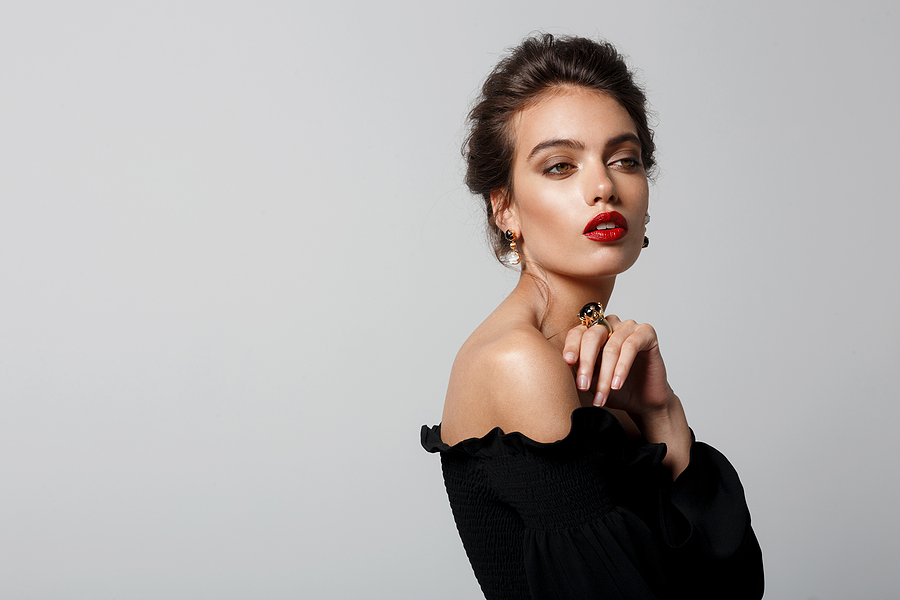 If you are looking for vintage Bailey, Banks & Biddle jewelry, then you have come to the right place. Here you will learn about the history, materials, jewelry marks, our favorite collectible pieces and where to buy them.

There are very few jewelry retailers that can match the reputation of Bailey, Banks & Biddle. Its illustrious past is intertwined with American history.

1832 - The company launches under the name Bailey & Kitchen at 136 Chestnut Street, Philadelphia, making it the oldest jeweler in America. The two original partners were Joseph Trowbridge Bailey (1806 – 1854) and Andrew B. Kitchen (died 1850).

Bailey was a highly talented jeweler, diamond dealer and silversmith, and his designs soon won over an adoring high society clientele. The company began to expand its product offering to include not only luxury diamond and gemstone jewelry, but watches, sterling flatware, dinnerware, decorative tableware and clocks. He was so highly regarded by his clients that several Southern landowners entrusted him with money to give to their sons and daughters who were attending expensive private schools in Philadelphia. This custom continued even after Bailey’s death and up until the Civil War.

1846 - Bailey & Kitchen was dissolved in November 1846. Eli Westcott Bailey, the brother of J.T. Bailey, Jeremiah Robbins and James Gallagher formed a new partnership under the name of Bailey & Company staying at the same location until 1859 when they constructed a new building at 819 Chestnut Street.

1854 - Joseph Trowbridge Bailey, II becomes the company president after his father’s death, and was admitted into partnership in 1856.

1869 - The company moves to Chestnut at Twelfth Street.

1878 -A new partnership is formed between J.T. Bailey II, George Banks and Samuel Biddle. The name becomes Bailey, Banks & Biddle. In that year, the firm moved to 1218 Chestnut where it remained until 1953 when it established its headquarters on the corner of Chestnut and Sixteenth Streets.

1880 -1890 – The company is so successful that its only serious competitor at this time is their rival for the society market, Tiffany & Co.

1918 - C.W. Bailey is the last in the direct line of Baileys to head the firm. He becomes president after his father’s death.

The store flourishes and continues to earn its reputation as the most extensive and exclusive jewelry and silversmith business in Philadelphia. Throughout the 20th century, the company continues to expand to more than 100 stores in 31 states.

1962 – Purchase by Zale Corporation. Finlay purchased the then 70-store chain for $200 million, before liquidating it in 2009. It was rescued by a group of investors shortly thereafter. While the company today may not be what it once was, it has a rich and glorious heritage that make their products highly collectible. 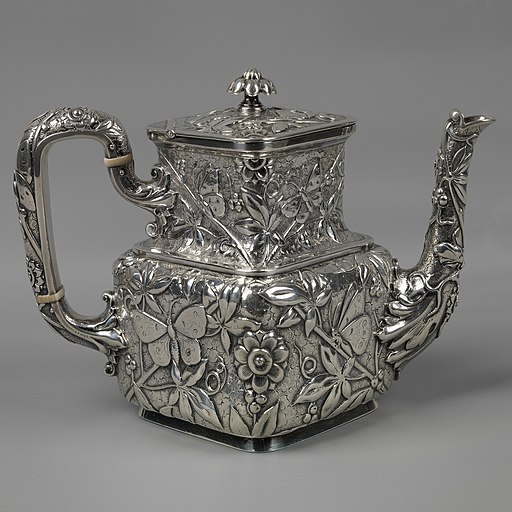 Bailey, Banks & Biddle was the first jeweler to introduce the British Sterling Silver Standard in America. American silversmiths then worked in coin silver, which was 90% purity. Bailey raised the standard to 92.5% to compete with the finest imports from around the world. From 1852- 1862 the company made its own silver, but after 1870 they re-sold silver from other manufacturers. The company is renowned world-wide for its sterling silver flatware, decorative tableware and serving ware.

By the late 19th century, Bailey, Banks & Biddle had also developed an insignia department which designed and manufactured medals, ribbons and honor awards for the U.S. Government and military and naval academies. For nearly a century, they produced the Congressional Medal of Honor, the first 40,000 Purple Hearts awarded, and class rings for West Point and Annapolis. Among the medals designed or produced by the firm's corps of artists, die cutters, engravers and illuminators were the Distinguished Service Medal, Distinguished Service Cross and Distinguished Flying Cross.

The current version of the Great Seal of the United States was designed by Bailey Banks & Biddle in 1904. It was originally created by Tiffany & Co. in 1885 but was inaccurate, blurry and badly needed a facelift. Bailey Banks & Biddle was selected to create the new bald eagle seal, which is still in use to this day. You will see it proudly emblazoned above every embassy around the world and on thousands of official documents. The company’s stationery department produced engraved testimonials, invitations, including those for presidential inaugurations. Bailey, Banks & Biddle also had the distinction of designing the mortuary medal for President Lincoln’s casket.

From sitting Presidents to the Mercury Seven Astronauts, the well-heeled and the famous – all have been customers of Bailey, Banks & Biddle. President Lincoln, Mrs. Woodrow Wilson, Dwight D. Eisenhower, Ronald Reagan and many other famous people have patronized Bailey, Banks & Biddle over the decades, and for more than a century the company remained the jeweler to America’s greatest families.

Bailey, Banks & Biddle’s jewelry has always been respected for its refinement and well-crafted elegance, and they are known for their high-quality diamonds, engagement and wedding rings, brooches, scarf pins, bracelets, earrings, buttons, pearl fasteners and collar buttons, as well as their sterling silver ware, medals and other military awards.

See examples of these marks here.

These are particularly collectible, depending on their quality and condition, especially if they have been authenticated by a jewelry expert as vintage (approximately 40 -50 years old or more) or antique (at least 100 years old).

Etsy currently lists several pieces of Bailey, Banks & Biddle jewelry for sale on their site including the following that we like. These include:

There are also pieces available on a number of estate jewelry sites such as Lang Antiques and Wilson’s Estate Jewelry. Christie’s and Sotheby’s have also auctioned several pieces in past years. Sotheby’s recently sold a late 19th century amethyst and diamond brooch to a Hong Kong purchaser for approximately $8,826 US.

Although Bailey, Banks & Biddle, as a multi--store retailer, is no longer around in its original form, their quality and design lives on in numerous pieces still for sale on the internet and elsewhere. Bailey, Banks & Biddle jewelry is readily available, affordable, and can be considered as a modest investment if carefully appraised first by a jewelry professional.

Antique and vintage pieces have become increasingly popular in recent years, and both are very collectible right now. Art Deco continues to fetch high prices at auction and in estate sales. You will see many excellent Art Deco and later vintage jewelry in private collections, on the fashion runways of the world, and worn by many red-carpet celebrities.

Here are our recommendations for buying vintage jewelry:

Antique and vintage jewelry bestows one-of-a kind style to its wearer. Your personal taste may veer towards the modern, geometric look of Art Deco, or the delicate refinement of Art Nouveau, or the romantic looks of Victorian pieces – or maybe the jeweled garlands, wreaths and ribbons of the Edwardian era.

Vintage jewelry has enduring credibility, value and quality because much of it was hand-made by craftsmen who took special pride in their work. It will last many lifetimes if properly cared for. Older Georgian and Victorian pieces are completely handmade, and many vintage pieces are hand-finished.

Finally, we recommend buying what appeals to you. You will be wearing it, so it should speak to you.