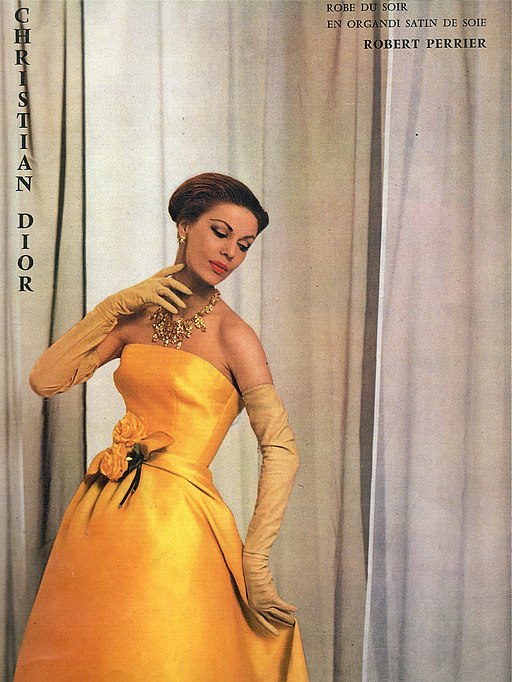 Christian Dior is one is the elite fashion houses to bring costume jewelry to the mainstream. If you are looking to purchase vintage Christian Dior jewelry, or you just want to learn more about the brand, you have come to the right place. Here you will learn about the history, jewelry marks, materials used, most collectible pieces, and tips on how to buy.

"As a rule I would use jewelry generously to get the most out of it. A many stoned necklace of rhinestones for instance will look lovely with a décolleté frock for evening. It will go equally with a fine black knitted sweater for afternoons”  - Christian Dior

Christian Dior was founded in 1947 in Paris. Dior’s first designs from the 1947 Spring/Summer collection were referred to as, the “New Look.” This collection marks a change in fashion post World War II. 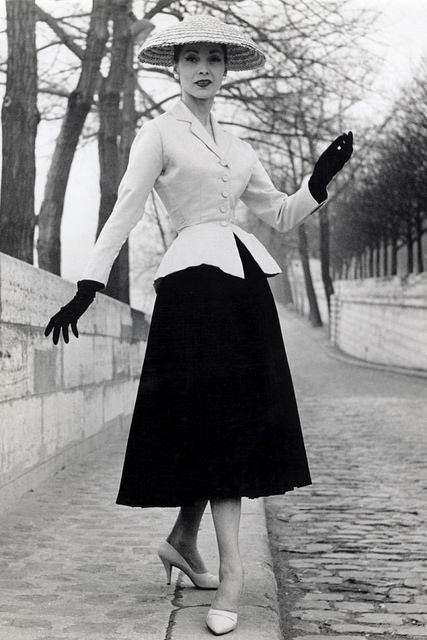 The 1947 look was more feminine than styles from before the war. It was characterized by full skirts, narrow waists, and structured tops.

Dior believed that jewelry was as much a part of fashion as clothing was. His jewelry was designed to complement his clothing collections.

By 1948, Dior opened a fashion house called, “Dior Costume Jewelry” in Germany. Dior jewelry was inspired by nature; depictions of animals and floral motifs were common.

In the 1950s, Christian Dior hired the American Mitchell Maer to produce fine jewelry for the house. His floral compositions and motifs, such as the unicorn brooches are very rare today. 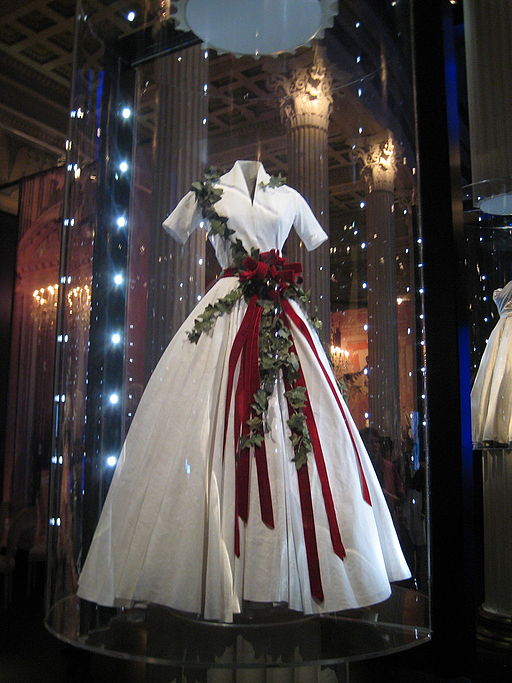 Dior loved the rural landscape and gardens of France. His designs reflected this love in his use of repetitive floral motifs of wildflowers, roses, and lilies.

"Color is what gives jewels their worth. They light up and enhance the face. Nothing is more elegant than a black skirt and sweater worn with a sparkling multi-stoned necklace. “ - Christian Dior

In 1956, Dior collaborated with the Swarovski firm to develop the aurora borealis rhinestone, a rhinestone with an iridescent coating that changes color depending on the angle it is viewed from.

Christian Dior commissioned only the finest designers and companies to make high-quality costume jewelry for his fashion collections. In the US he hired designers such as Schreiner and Kramer; in England, Mitchel Maer; in Germany, Henkel & Grosse; and in France, Robert Goossens and Josette Gripoix.

Christian Dior died in 1957, at the young age of 52. He left his design house to Yves St Laurent. Yves St Laurent left in 1960, and Marc Bohan took his place until Gianfranco Ferre took over in 1989. John Galliano replaced Gianfranco in 1997.

In 1998, the fashion house launched the fine jewelry division of “Dior Joaillerie.” Victoire de Castellane was announced as the creative director. Castellane had worked for the house of Chanel under Karl Lagerfeld from 1984-1998. 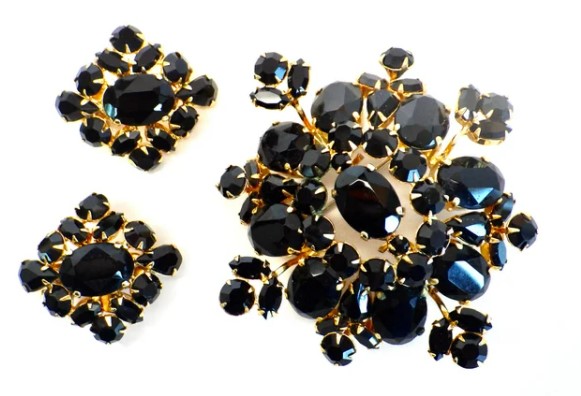 Schreiner didn’t make a lot of jewelry for Dior, and not much is known about him, but his jewelry is some of the finest made costume jewelry, and some of the most sought after.

Schreiner used unusual color combinations, oversized scale, and layers of stones, every piece was a work of art. His jewelry was hand-finished and made in small productions. 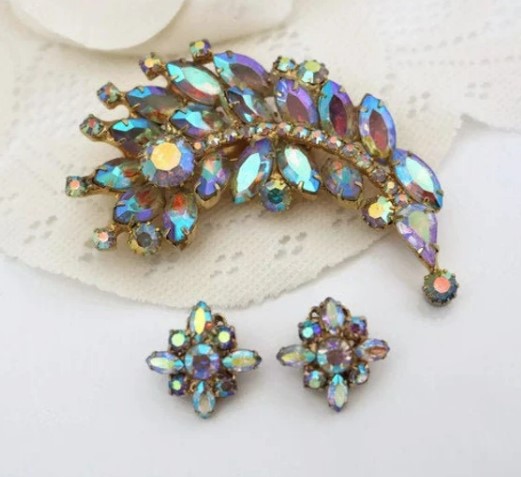 Kramer produced ornate pieces for Dior, with cascading Swarovski aurora borealis crystals, petal-shaped pastes, and baroque faux pearls. He was a big admirer of stone-rich designs and loved decorating his pieces with textured or “crackled” glass, crystal beads, colored pearls and all kinds of colorful enamel. 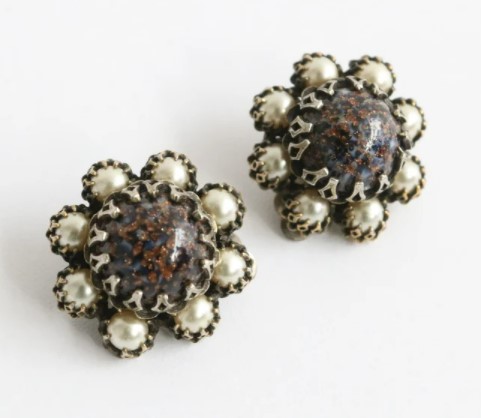 Mitchel Maer is known for his bold use of color, his bold rhinestone creations complemented the couture evening wear designed by Dior during the 1950s. Mitchel’s jewelry was very technically advanced and often inspired by Victorian aesthetic.

Pieces by Mitchel Maer are highly collectible, especially his floral and unicorn pins. 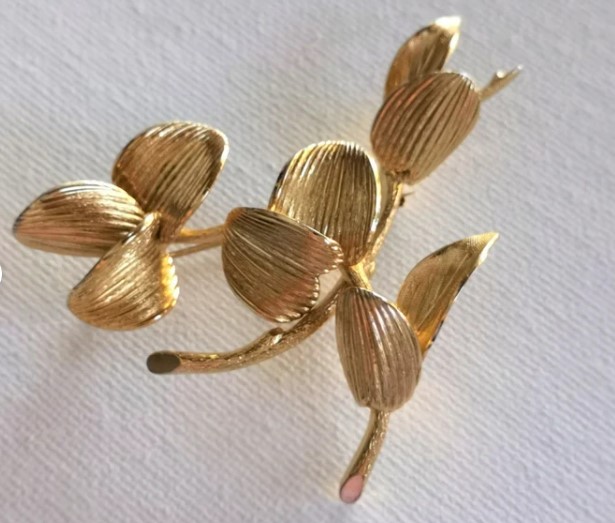 Henkel and Grossé specialized in gold-colored metal pieces, but for Dior, they produced highly elaborate rhinestone sets of jewelry as well. All of their jewelry was handmade with stunning designs.

The Grossé Jewellery company has the exclusive right to produce and sell the collection line Christian Dior Bijoux.

Scemama was renowned for his opulent and baroque gilt metal designs as well as the highly visible claw setting of his stones. He produced designs for Dior in the 1950s, his designs went well with the post-war return to feminine and romantic fashions.

Between 1947 and 1958, Roger was director of Maison Francis Winter where he collaborated on jewelry and accessories for Dior.

Roger Jean Pierre is known for his glamorous designs of flanked in rhinestones carefully set into intricate patterns. He was a great advocate of garlands and graduation in his pieces, which worked with the movement of the body.

Francis Winter is known for his use of large-scale Swarovski carved stones in dazzling shades. Colors included ‘Bermuda Blue’ and ‘Heliotrope.’ Winter had exclusive rights to use the blueish mauve ‘Heliotrope’ shade in his pieces.

The house of Gripoix makes glass jewelry for various designers including Chanel, Givenchy, and Dior. These skilled French artisans perfected poured glass components, along with beads, cabochons, and coated pearls.

Goossens loved to mix genuine and fake stones, he was heavily influenced by  Maltese, Byzantium, and Renaissance works. He utilized natural and colored rock crystal, bronze, shells, and pearls in his jewelry designs.

Most Christian Dior Jewelry is dated, and there are variations of the signature from 1947- to the present.

Pieces by the French paruriers can be hard to distinguish. Occasionally, their jewelry is marked ‘Made in France,’ but collectors often have to rely on familiarity with a particular designers’ style and preferred materials to decide who a piece is by. 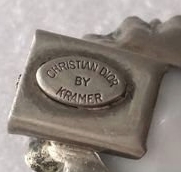 Jewelry produced by Henkel and Grosse was marked but varies from decade to decade. 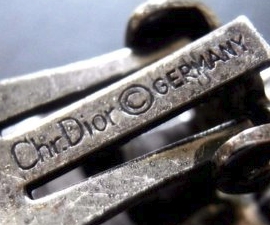 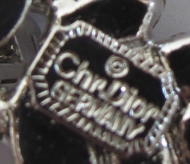 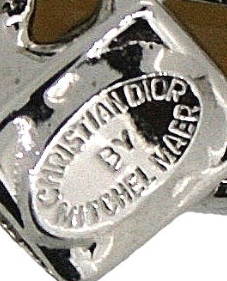 What is Dior Jewelry Made of?

Dior's fashion or costume jewelry is not made with real gold, rather a gold-tone finish is added to a base metal.

Christian Dior is a brand worth collecting. Pieces will hold their value, and as they age and become rarer, will increase in value.

The Most Valuable Christian Dior Jewelry

I often buy from Etsy because I love their vast vintage section, the ability to browse specific categories, and I feel good supporting small businesses.

Two Etsy shops that I recommend for buying vintage Dior jewelry are:

I also enjoy shopping on eBay. There is a large selection of vintage Dior jewelry there.

With Christian Dior Jewelry becoming more and more collectible, it is worth investing in jewelry from this house. If you love the Christian Dior aesthetic and want to own a piece of fashion and jewelry history, check out the Etsy shops above and find yourself a little treasure.

Who is your favorite vintage jewelry designer? Let us know in the comments below! If you have any questions, don't hesitate to ask in the comments, I am here to help 🙂 And remember to share this article with your vintage loving friends!