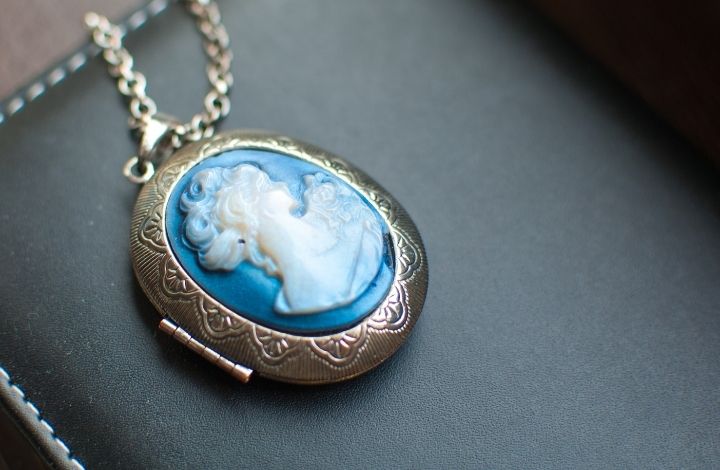 Looking for Vintage Extasia Jewelry? Learn about history, jewelry marks, materials used, collectible pieces, and where to buy in this guide.

A Brief History of Extasia Jewelry

California based designer Stefanie Freydont started Extasia jewelry, in 1991, crafting original works that reflect modernity while harkening back to the traditions of the Victorian era. Each unique piece incorporates hand-made Italian shell cameos and expertly crafted German glass intaglios into colorful designs. New collections are produced quarterly, which has made Extasia jewelry treasures to covet for collectors.

Magazine editors have chosen Extasia jewelry for photo shoots in editorial layouts between the pages of Vogue, Glamour and Elle magazine.

The Influence of Queen Victoria

Victorian era jewelry popularized by Queen Victoria had three distinct periods. The Romantic Period included colorful stones worn in the evening. The Mourning Period began after the death of Prince Albert in 1861, a time in which the queen requested black jet for the jewelry she wore. The Late Victorian period saw jewelry with floral and natural motifs.

Extasia takes these elements of romance and the elegance of bygone days as inspiration for designs. Earring designs include anything from honeybee studs, to pearl danglers. Necklaces are made from chains or beads, with pendants, lockets, or charms.

There are bracelets with garden or old-fashioned key charms. Bold rings make use of intricately designed cameo and intaglio bezels. Brooches add an antique charm in shapes from round to octagonal, some with drop pearls. There are also collections of small scatter pins, sold in a trio, to wear on collars or lapels.

Prior to starting Extasia, jewelry designer Stefanie Freydont, trained with master silversmiths and goldsmiths. Later she developed a fascination with the colorful costume jewelry she could create through the properties of new plastic, low fire clays. This is how she started her first costume jewelry line.

Her signature look incorporating cameos and intaglios into her work happened by chance. While enjoying antique shopping, on vacation in Providence, Rhode Island, small glass objects caught her eye. It was a box filled with glass intaglios. This led to her very first collection for Extasia entitled Daughters of the Dust.

The History of Cameos

Cameos are relief images carved in a way to enable the picture to raise above the background. Historically, cameos first appeared in the Roman era, and then had a resurgence during the Renaissance, in Europe, between the 15th and 16th century. Back then, there was an appreciation of classical teachings, so mythological figures, and scenes were often carved into cameos.

In the days before photography, custom made cameos were carved to resemble the faces of loved ones preserving their resemblance in tiny sculptural form. Regardless of the scene each cameo is an individual work of art.

Popularity waned until the 19th century when women began to wear cameos on chokers, often made of black velvet. Queen Victoria (1837-1901) helped set the trend in England. Cameos made for popular souvenirs from travels to Europe, especially to Italy, where the very best cameo artists were found. Cameos were handed down through the generations.

Traditionally cameos were carved from onyx, sardonyx, ivory, or coral agate. By the 1800s various shells such as mother of pearl, or conch were used. As cameos became more popular, they were mass produced in cheaper fabricated materials before they fell out of favor. 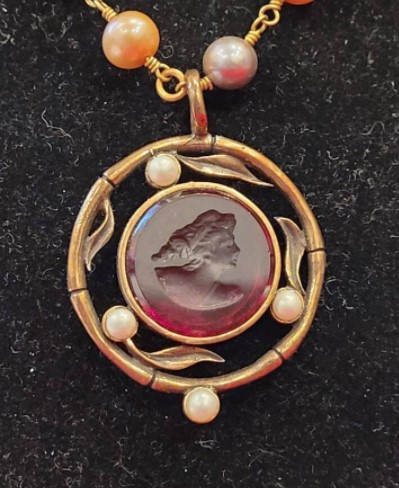 What is an Intaglio?

The word “intaglio” is Italian for engraved or incised. When carved into a hard surface the image is recessed. Intaglios began in ancient Egypt and were carved into stone or ivory. These were used as stamps, when brushed with ink or wax, to identify ownership and worn around the neck for safe keeping. Later intaglios were used as talismans, before becoming small works of art for adornment.

Semi-precious stone intaglios were later abandoned for glass. Glassmaking experts from Czechoslovakia settled in Germany, which became the renowned center of the art of intaglio making.

The technique once again was incorporated into the jewelry design of the Renaissance and like cameos focused on the mythological. Queen Victoria popularized intaglio

Extasia jewelry is easy to recognize with its use of cameos and intaglios. The word Extasia will also be carved into the back of each piece, using stylized script. 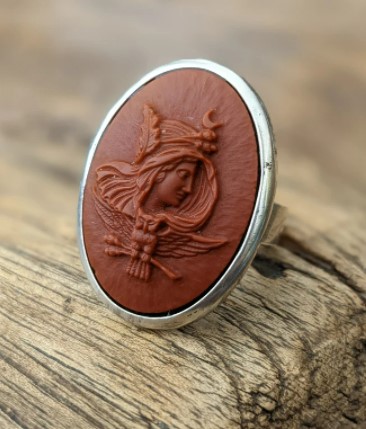 Extasia uses shell cameos carved in Torre Del Grecco, a seaside village in the Gulf of Naples, in Italy. The area is famous for its production of “jewelry of the sea” producing meticulously crafted images in coral and shell.

Hand-pressed glass intaglios for Extasia jewelry are made in a Bavarian village in Germany. The workshop, in operation since the 1800s, uses the same time-honored tradition to craft glass intaglios, including the same antique molds.

Extasia collections are only produced quarterly. This makes Extasia jewelry sought after works of wearable art. You can buy individual pieces of jewelry or collect charms to stylize your own one-of-a-kind charm bracelet.

When purchasing vintage pieces look closely at the condition of the jewelry. While it will not be perfect, after possible decades of wear, look for obvious damage, or signs of a piece being poorly repaired. If not buying in person, check out the up-close photos provided by the seller, along with the condition reports.

Purchase from a reputable seller. If purchasing online look for 5-star reviews from past customers. Ask the seller questions. Know the refund policy.

Only buy pieces you genuinely love and will wear. This is the joy of jewelry!

Extasia jewelry is worth purchasing as collector’s items. Choose from collections produced four times each year. Each piece of jewelry is individually made by hand, and exquisitely crafted, providing wearable longevity.

For vintage pieces have a look at Etsy and eBay to purchase pre-loved Extasia jewelry.

You can also order new collections from the Extasia jewelry website. Pieces are also available at Harrod’s Department Store and Victoria and Albert Museum, both in London, as well as the Fine Art Museum, in Boston, and Colonial Williamsburg, in Victoria. There are over 600 specialty shops that carry Extasia jewelry in the United States, Europe, Japan, and Australia.