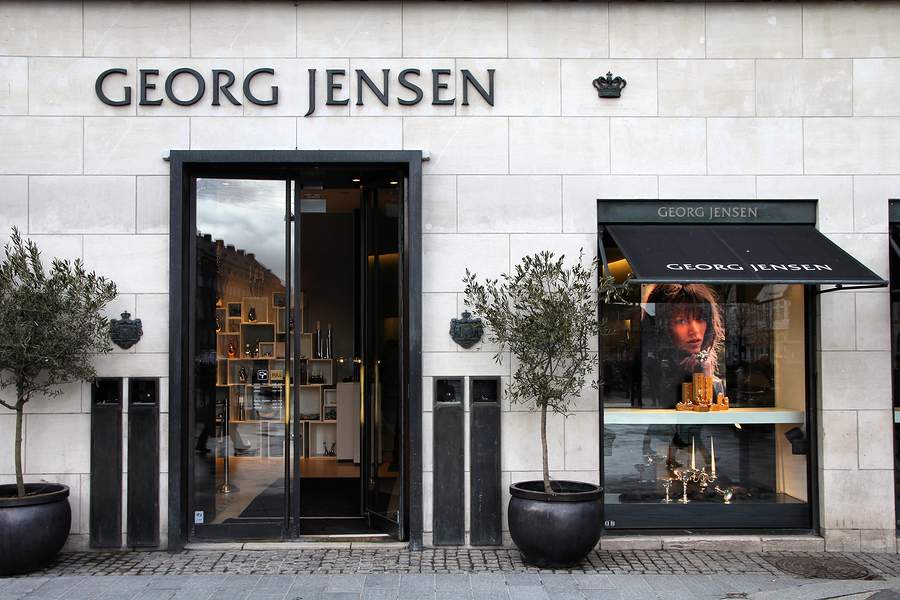 Georg Jensen truly loved silver, obvious in the poetic way he spoke of it. He found it “obstinate, [so] it has to be conquered. . . . . It has the wonderful moonlight luster . . . can seem like twilight or, when it dews over, like ground mist rising.” In this article you will learn about vintage Georg Jensen jewelry, the history, materials, jewelry marks, and tips on how to buy so you can add this icon to your collection.

Georg Jensen was born in 1866 in Radvad, a rural town north of Copenhagen. He grew up surrounded by the beauty of nature and recreated it with the blue clay from a nearby marsh. His parents and his neighbors praised his “sculptures” and encouraged him to continue.

Young Georg was an apprentice to a goldsmith until his parents took him to live in Copenhagen where he would have more opportunities for his talents. He once again apprenticed to a goldsmith, but sculpted in his spare time. When he exhibited one of his sculptures, a professor at the nearby Royal Academy of Art was so impressed that Georg became a student at the Academy. Georg finished his apprenticeship to the goldsmith, graduated from the Academy, and set out with his new wife, Antoinette, to make his way in the world of sculpting.

Unfortunately, his sculpting was not selling, so he went into business with an artist friend selling pottery—until Antoinette died. Georg was only 31 and had his two sons, Vidar and Jorgen, to raise. He went to work for Mogens Ballin, an acclaimed silversmith. Mogens encouraged Georg's Art Nouveau style, and Georg created stunning pieces featuring flowers, grapes, birds, and other animals, sometimes with semi-precious stones quarried locally.

In 1904, he started his own company “Georg Jensen, Sculptor, Silversmith.” Business was modest until he exhibited at the Museum of Decorative Arts and then he became very successful. He married Magne, who bore him a daughter, Vibeke. She died in Janaury 1907, and in November 1907, Georg married Johanne.

The first few years of the shop were exclusively devoted to the creation of jewelry. His hatpins were very popular: He affixed matching knobs to the sharp ends; it became known as the “Jensen style.” Many German merchants sold his jewelry, 90% of what he made, so the shutdown of the German market during until World War I severely affected his business.

After the war, in 1918, he opened shops in Paris, London and New York City. That same year, Johanne died from the Spanish flu. In 1925, Georg moved to Paris with his new wife, Agnes, to start a new workshop, but it did not succeed, and he soon returned to Copenhagen. In 1927, Georg decreed that only sterling silver would be used, a clear-cut way for his collectors to date some of his early pieces.

Georg died in October 1935. He has always been hailed as one of the “greatest craftsmen in silver in the last 300 years.” He was blessed with skill, artistic sensibility and a love of innovation.

Today, Georg Jensen, Inc. is owned by Royal Copenhagen, a Danish manufacturer of porcelain products founded in Copenhagen in 1775. Georg would be gratified to know Royal Copenhagen continues his legacy of excellence.

- Sigvard Bernadotte was a Swedish prince and silverware designer, industrial designer and illustrator. His work for Georg included his bracelets made from curved solid segments of silver hinged together quite ingeniously.

- Vivianna Torun Bülow-Hübe (“Torun”) was one of Sweden's most important 20th-century silversmiths and a master jeweler. Her jewelry was playful, chic, eye-catching and always feminine.

- Nanna and Jorgen Ditzel were a married couple and designers. Their most famous work is the Hanging Egg. Nanna was the first woman to design for Georg. She and Jorgen created bold, elegant, fluid silver jewelry.

- Henning Koppel was a painter and designer. He did his most significant work while with Georg. His early jewelry designs were abstract and sculptural, with organic, flowing forms.

- Arno Malinowksi was a sculptor and ceramist in addition to silver designer. His designs often incorporated animals, as seen in his kneeling deer and two dolphin brooches.

- Harald Neilson was Georg's brother-in-law and his closest colleague. His elegant and refined ornamentation tended to Art Deco.

- Johan Rohde was a Danish painter, lithographer and designer. His mathematically rigorous designs were a logic-driven counterpoint to Georg's naturalistic tendencies. 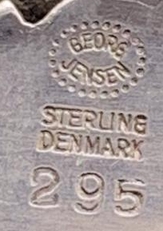 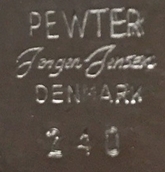 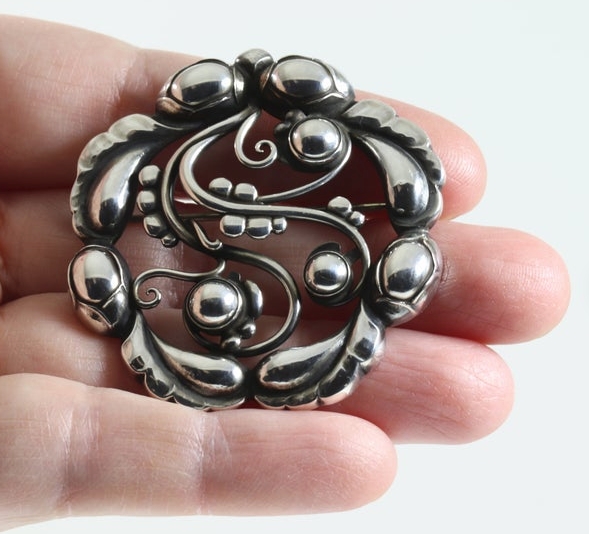 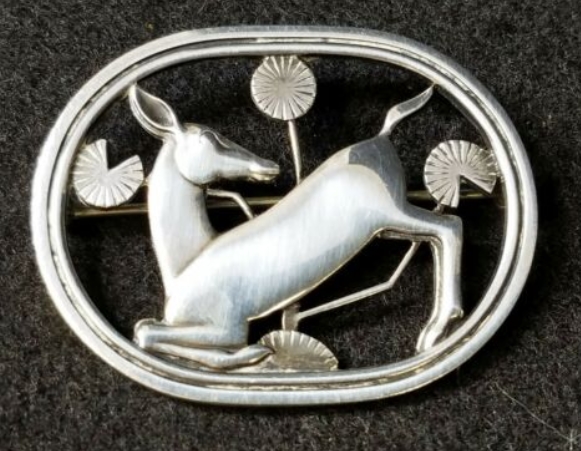 If you ever are fortunate enough to travel to Copenhagen, you can visit Georg's flagship shop (very expensive items) and the outlet next door (much more reasonable). A tour of the smithy requires making an appointment in advance.

Please visit the Georg Jensen pages on Etsy for a wonderful selection of all things Jensen. Also check out eBay for a selection of Goerg Jensen jewelry.