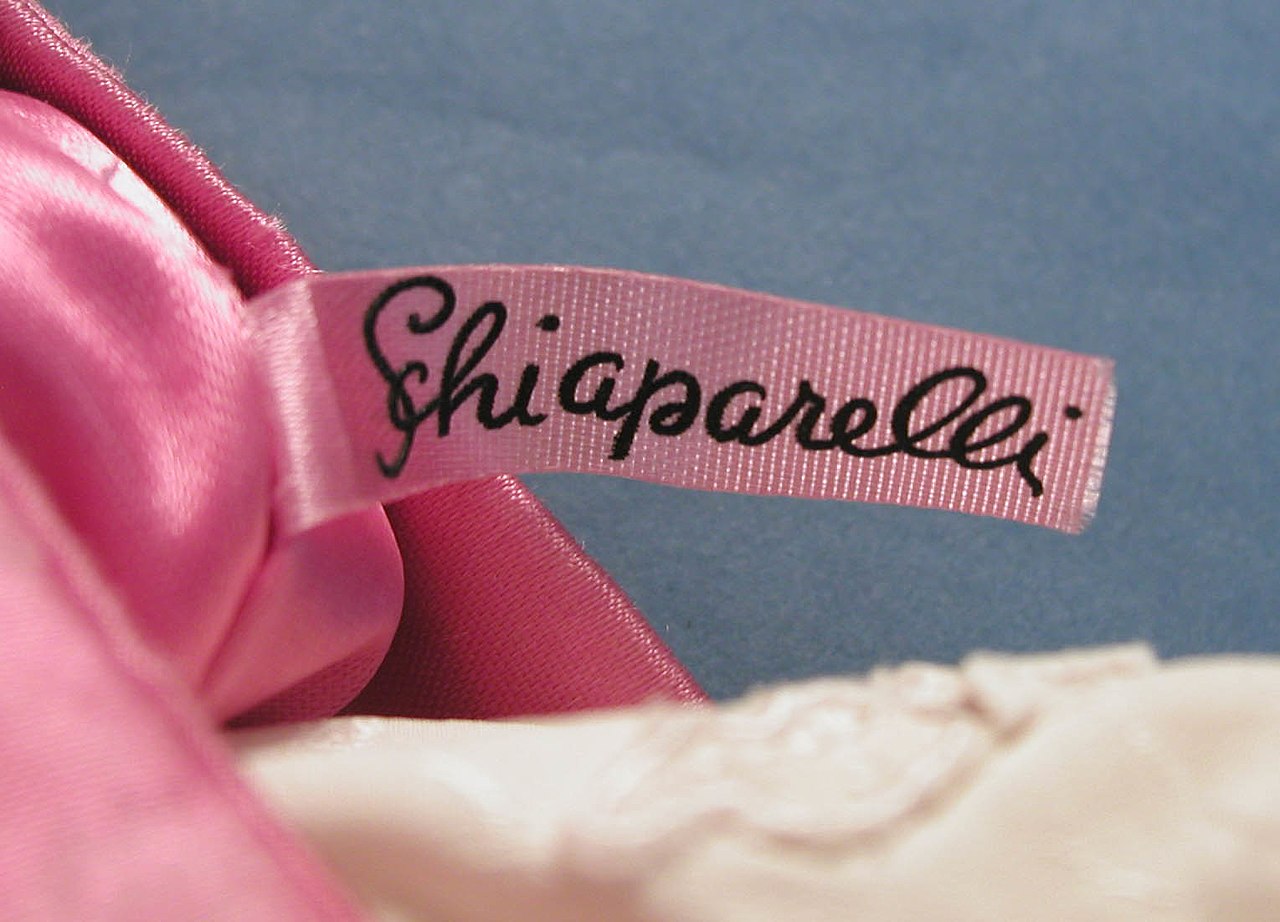 If you are looking to add some vintage Elsa Shiaparelli jewelry to your collection, you have come to the right place. Here you will learn about the history, jewelry marks, materials used, most collectible pieces, and tips on how to buy.

Elsa Schiaparelli founded a fashion house in Paris in the 1920s and took costume jewelry to the cutting edge of fashion. Her jewelry is now among the most sought after due to its high quality and the sometimes outrageous designs and color combinations. Her jewelry is, as it was when designed so long ago, thoroughly modern.

Elsa Schiaparelli was born in Rome in 1890 to an aristocratic and intellectual family. She had the means and the wherewithal while barely out of her teens to indulge her wanderlust, traveling to Switzerland, France, England and New York City, where she met and mingled with the artists of Greenwich Village who would influence her designs. In the 1920s, Elsa moved to Paris where she established a fashion house that would soon become the most popular in France.

She was the first designer to use figural buttons. They looked like small brooches, and it’s likely that they were the jumping off point for Elsa’s jewelry line. Also, she wanted her fashions to be properly accessorized and wanted to reach out to the average woman who could not afford a Schiaparelli ensemble but could indulge in a flamboyant and glamorous necklace or bracelet.

Elsa approached costume jewelry as an art form all its own. As such, she gathered around herself jewelry designers who were among the most creative of that time and collaborated with famed Surrealist artists. Though Elsa oversaw the design and manufacture of the jewelry that accompanied her haute couture showings, she also licensed her name to costume jewelry manufactured by others, likely having little or no oversight. One such company was the David Lisner Co. who was also the authorized American distributor for her jewelry.

Elsa’s jewelry was boisterous, imaginative and innovative, often made with bright, colorful glass stones. Many of her designs are inspired by nature, the circus, astrology and native African art.

After World War II, fashions changed, and Elsa’s designs did not keep up with the times. Her business went bankrupt in 1954. The jewelry made in America that bore her name continued on until 1974, shortly after her death.

Jean Clement began with Elsa in 1927 and stayed until 1949. He designed the most iconic of Schiaparelli jewelry, the “bug necklace,” directly influenced by the Surrealists. Rhodoid, a new clear plastic, was studded with colored metallic insects, so that it appeared the insects were crawling on the wearer’s skin.

Alberto Giacometti, an early Surrealist who later broke off from the group, designed Elsa’s bronze figural buttons, then moved on to bronze brooches with mythological, human and animal motifs.

Roger Jean-Pierre began his career with Elsa then moved on to design for Christian Dior and Balenciaga and was an advisor to Coro for their Vendome line. Many of his Schiaparelli works are on display in the Metropolitan Museum of Art in New York.

Jean Schlumberg began his career designing buttons for Elsa and later designed jewelry, most notably for her Circus collection. His whimsical pieces using precious and semi-precious stones were very popular, and he opened his own jewelry business in New York City, later designing for Tiffany & Co.

Elsa Triolet was a writer and a political activist, yet she designed avant-garde necklaces and bracelets for Elsa. A collaboration between the two resulted in the “aspirin necklace” made of glass paste beads, metal wire and beige cotton braid. 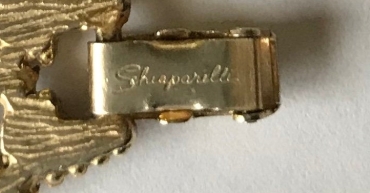 Don’t miss the Schiaparelli pages on Etsy—page after page, hundreds of pieces of the most stunning and imaginative jewelry designed by true artists. It’s stress-free shopping! You have plenty of time to browse before contacting the vendor with questions about your selections. Also, be sure to have a browse on eBay for vintage Shaiparelli jewelry.