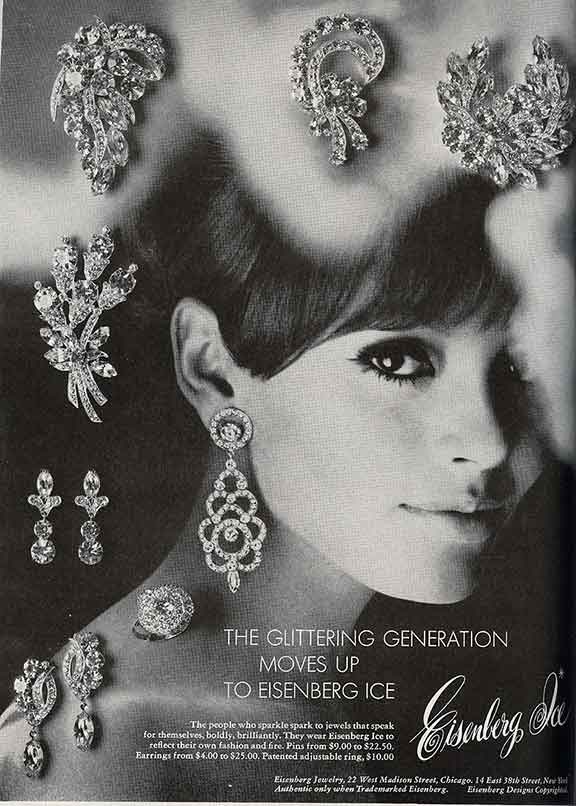 Eisenberg Jewelry is among the finest costume jewelry ever made and a favorite of many collectors. The quality is exceptional in design, materials and workmanship. In fact, the workmanship was so superior that the jewelry has held up really well throughout the years. As have the designs that are as fashionable today as they were when they were created.

If you are looking to add vintage Eisenberg jewelry to your collection, you have come to the right place. Here we will cover the history, materials, marks, and tips on how to buy. 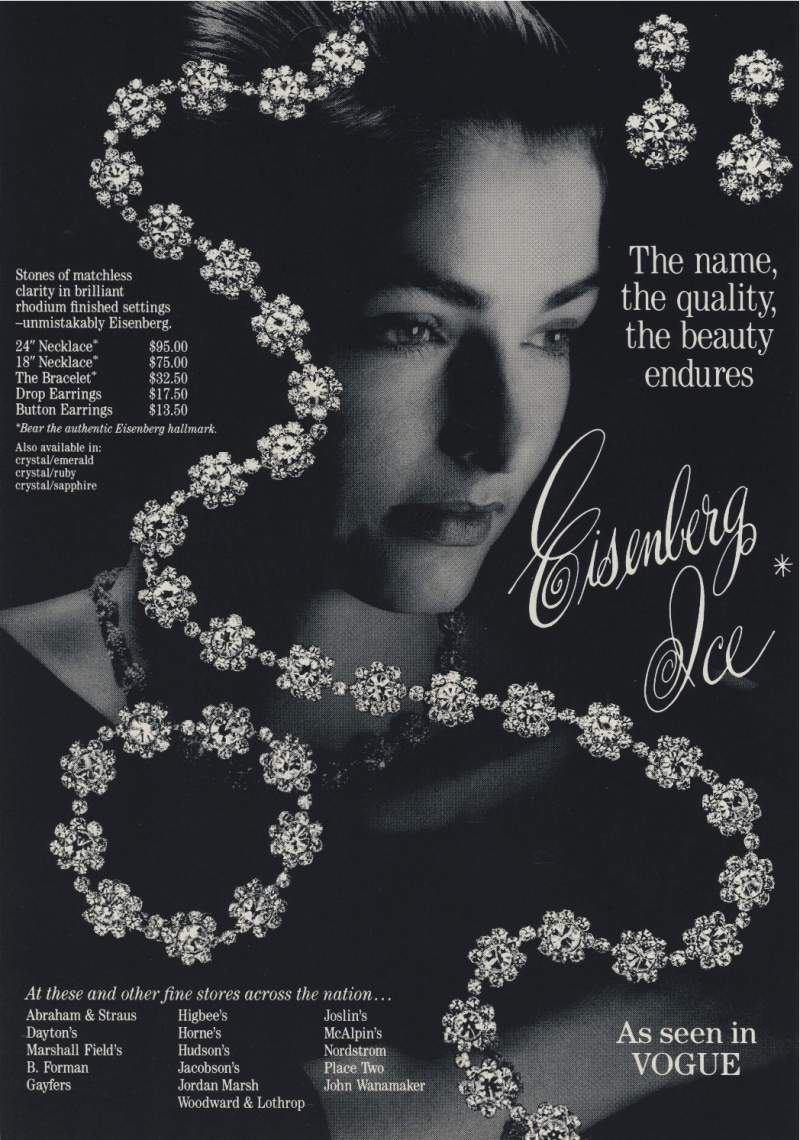 Jonas Eisenberg immigrated from Austria, settled in Chicago, and, in 1914, opened Eisenberg & Sons, Inc. specializing in high-end ladies fashions. The store was struggling during the 1930s, and Jonas came up with a genius marketing plan: brilliant, bold pins and brooches that complemented the fashions. The idea exceeded all expectations, and the jewelry became more popular than the dresses. In 1940, Jonas and his son Sam opened Eisenberg Jewelry, Inc., where, in addition to the pins and brooches, they carried fur clips, clip earrings, screw earrings, bracelets and choker necklaces.

In 1969, Karl Eisenberg, Sam’s son, took over the company; and in the 1970s, he was responsible for the extremely popular “Artist Series”: jewelry designed by many of the leading artists of the day, including Georges Braque, Alexander Calder, Marc Chagall, Joan Miro and Pablo Picasso. Also in the 1970s, Eisenberg enamel clip earrings were very popular, as well as bows, flowers, cascading rhinestones and pronged clips of kings and queens.

In 1977, Eisenberg Jewelry merged with Berns-Friedman, a jewelry maker for mid-level department stores. The company went out of business in 2011.

Fun Fact: Eisenberg Ice was in many movies at the height of Hollywood glamour, and the studios still have the pieces in their costume departments. 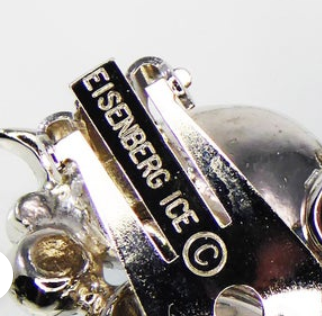 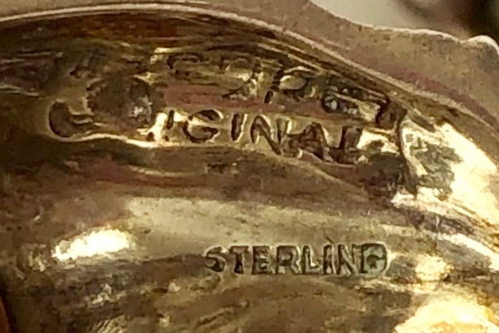 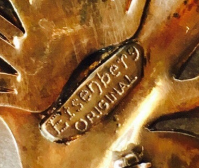 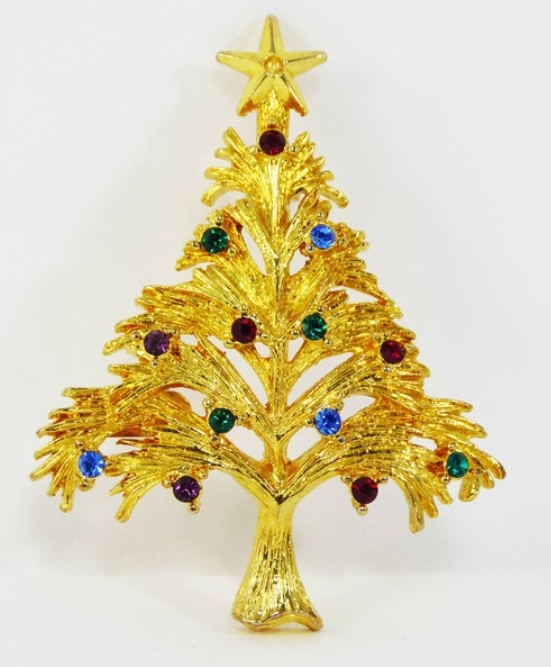 How to Spot Fake Eisenburg Jewelry

Beware! There are many fake Eisenberg pieces because of their popularity—so many that there are items that only an expert or veteran collector can determine authenticity. Here are some tips on how to spot fake Eisenburg jewelry:

Best way to avoid knock-offs is to work with a reliable vendor.

From around 1958 to 1975, most Eisenberg jewelry was not hallmarked. That’s a lot of jewelry. It would be a shame to miss out on some fabulous collectibles because you are depending on the mark. True, the mark is the “first line of defense” in thwarting the unscrupulous, but there are ways to identify Eisenberg without a mark. For instance, you can check out the Eisenberg ads from that period and go to antique fairs and vintage jewelry shops to examine real Eisenberg jewelry, particularly the backs.

You can start your research by visiting the Eisenberg pages on Etsy. Another place to browse for vintage Eisenberg jewelry is eBay.

Tell me what you love about Eisenberg Jewelry in the comment section below! And let me know if you have any questions, I'd love to help 🙂