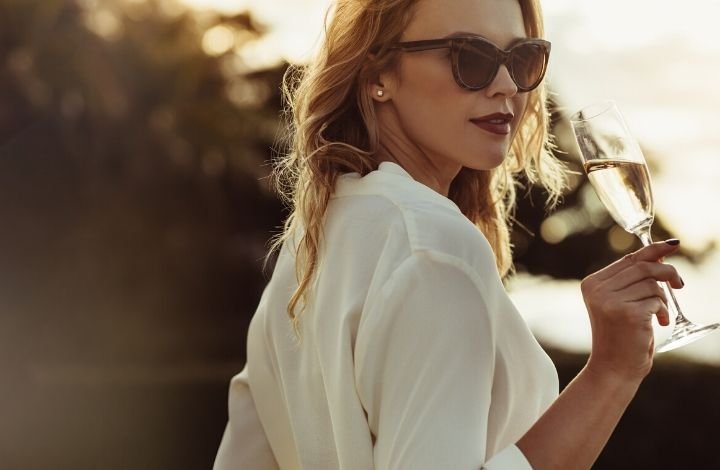 Piaget jewelry has always been a celebration of femininity and grace and remains so today with its luxurious pieces set in gold and platinum. If you are wanting to add pre-owned Piaget jewelry to your collection, you have come to the right place. Here you will learn about the history, jewelry marks, materials used, most collectible pieces, and tips on how to buy.

Georges-Edouard Piaget was a 19-year-old farmer in a small village in the Swiss Jura mountains. In 1874, he began making components and high precision movements for pocket watches to earn money when he couldn’t farm during the harsh winters. His work was so meticulous that soon his customers were the most prestigious watch brands in Switzerland.

In 1911, his son, Timothee, made making watch parts his full-time business. In the 1920s, he graduated into making luxury pocket watches and wristwatches. Timothee’s sons, Gerald and Valentin, continued that tradition and, in 1943, they registered Piaget as a trademark and the family name became an international brand.

Timepieces at that time were small, and most people had to squint to see what time it was.  Valentin was able to solve that problem and institute a whole new fashion statement. Valentin made ultra-thin watches with larger faces, establishing Piaget as the brand for elegant men’s watches. Piaget also was the first to adorn watches with semi-precious stones, such as lapis lazuli, opal, tiger’s eye and jade.

In the 1960s, Yves, the fourth generation of the Piaget family, led the firm into creating jewelry as a natural progression considering the artists and master craftsmen they had in-house. Today, jewelry accounts for more than a third of total sales. Also, at the time, Yves decided that they would use only gold and platinum. Gold, in particular, became an art form for Piaget. It was in Geneva that Piaget set up its own ateliers specializing in goldsmithing and gem setting to have control over every step of production and ensure perfection.

Yves preserved the moderate size of the company, because he did not want it to lose the personal touch that has always distinguished it from other jewelry houses. He traveled the globe to put a face, and a very charming one, to the brand. In 1998, he merged Piaget with luxury goods conglomerate Richemont and remains hands-on as chairman.

When the company ventured into jewelry making, the designers, who worked with watches, were told to let their imaginations go. The Piaget family had always had the utmost appreciation for the talents of their in-house designers. Once they were given free rein to design jewelry, their creations reached a level of inventiveness and execution that became art. So much so, that other artists wanted to design for Piaget.

Salvador Dali had made gold coins with his likeness and that of his wife surrounded by laurel leaves and fleur-de-lys, similar to the gold coins that honored King Louis XIV. He created a jewelry line with Piaget that incorporated the coins: watches, pendants, earrings, brooches and cuff links. Each coin is signed and dated by Dali and is incised with its edition number. They are very rare today.

Rose Saneuil, a marquetry artist, brought her technical virtuosity to the creation of a highly elaborate rose for two Piaget Altiplano watches, one in wood and the other in mother-of-pearl. (Marquetry is meticulous inlaid work made from small pieces of variously colored wood or other materials.) She also designed the Green Aurora Cuff and Earrings with slivers of straw and sycamore and birch woods. The cuff also contains a rare 14-carat Namibian tourmaline. It was the beginning of Piaget’s fascination with combining disparate materials, both the precious and the humble.

Until the late 1940s/beginning of the 1950s, the Piaget name did not appear on any watches nor the movements. 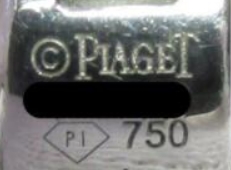 The Possession Collection is more accessible for the modern woman and more casual and trendier. The pieces are creative, unique and fashion forward. Its signature piece is the Possession ring with two bands that rotate freely around the finger.

Yves Piaget is a connoisseur of roses. He has worked with rose breeders and chaired rose competitions. In 1982, at a Geneva competition, he was honored to have a rose named after him, the Yves Piaget Rose. The Piaget Rose was created as an interpretation of the Yves rose and as a homage to this most romantic of flowers.

The Golden Oasis collection includes re-creations of the sun radiating down onto the surreal landscape of the dessert with its rich colors highlighted in brilliant gold. Diamonds rippling among blue sapphires evoke hidden lagoons. Multicolored gems become a secret garden.

The Limelight Cocktail Inspiration Collection is as refreshing as its name implies and as edgy. The designs are whimsical and actually inspired by cocktails and cakes. The semi-precious stones give each piece an irrepressible and colorful charm.

Do not turn away from Piaget due to some astronomical prices. Prices for many pre-owned pieces are much more reasonable. Some rings sell for as little as $560. There are also diamond and gold necklaces available for $1,200, and prices for beautiful second-hand pendants start around $450. Of course, you must do your due diligence.

The Piaget pages on Etsy mostly display watches. However, it is worth checking them frequently, since Etsy is constantly receiving new merchandise. You may discover the perfect pre-owned piece before it is grabbed up by someone else.

Also check out eBay and 1stdibs for a selection of pre-owned Paiget jewelry.