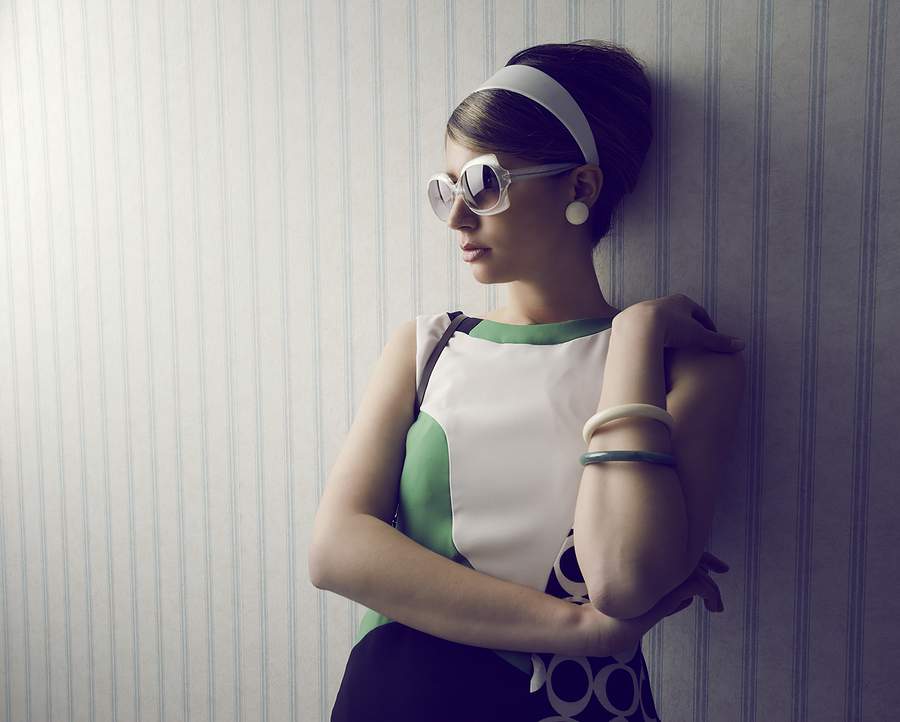 The era of the 1960s was one of the most prominent and turbulent decades in the world’s history. From the Gregorian calendar to “Beatlemania” to the first moon landing, from Kennedy’s assassination to civil rights movement, and from counterculture to rebel against social norms, the decade of 1960s witnessed plenty to mark a golden place in the world’s chronicle.

While the world was busy dealing with revolutions and fight against rigid culture, the fashion and jewelry industry was paving a way for a modern change that broke the social norms and constraints of the earlier decades.

Initially, the decade of the 60s started conservatively and retained classic jewelry from the previous decade. However, modernism, free-thinking, and demand for change influenced many designers to experiment with their jewelry designs, materials, and techniques. Gradually, the designs became bolder and eye-catching, leading to free expression of individuality, and leaving 50s feminism and elegance behind.

Experimentation and innovation were synonymous with the era of the 60s. Many jewelry designers started to experiment with new techniques which resulted in affordable low-cost plastics.  Plastics such as Bakelite and Catalin have been in use since the earlier decades and new plastics such as Resin, Vinyl, and Perspex were now produced on a large scale and at a very cheap cost.

Jewelry designers experimented with different ideas. One of those was creating a textured effect on the jewelry base metal bringing out an immersive design with visual intrigue. Textured gold with a dulling effect was very popular. Hammered and crumpled textures given to metals were popularly in much demand in this decade.

Metal jewelry in sleek designs and hardly or no embellishments was trendy. The end of the decade bid goodbye to sparkle and glamour of paste and rhinestone.

Other low-cost materials used for jewelry production were paper, PVC, Lucite, and leather. These materials allowed affordability and jewelry to be produced in vibrant colors.

Gemstones and metals such as agate, malachite, crystals, baroque pearls, and turquoise were widely used. Silver became more popular as a substitute for gold and platinum. Faux-pearls in over-sized styles were also popular. 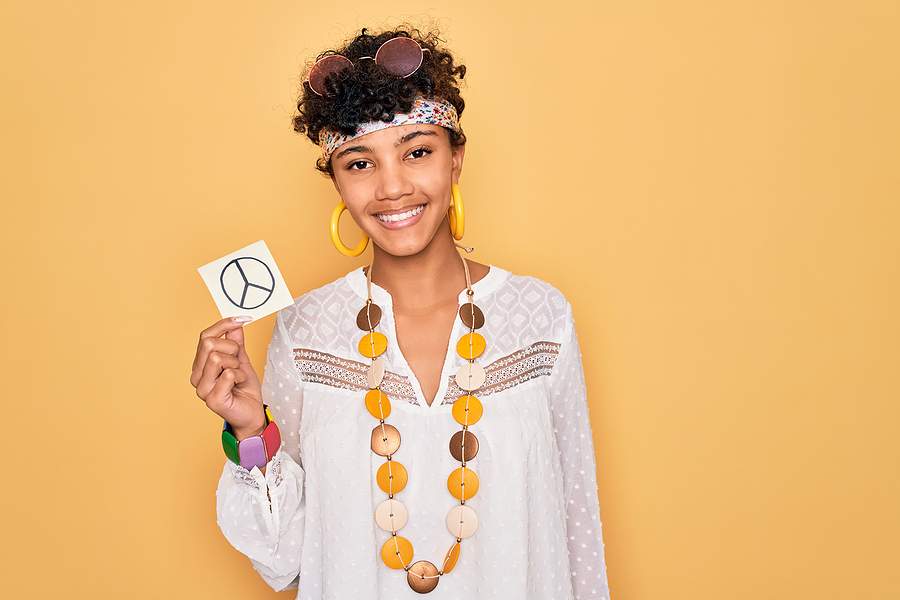 The term “mod” comes from the term modernist. Mod designs were all about being youthful, creative, daring, bold, and self-confident which aligned with the 60s ideology.

Pop Art challenged traditional values and celebrated commonplace objects and everyday life.  Characterized by vibrant and bright colors, red, yellow, and blue were the prominent shades. It symbolized fashion for the masses, wearable, and affordable.

In the mid-60s, Op Art made a grand entrance. It had geometric patterns in black and white to create an optical illusion or to play with visual perception. 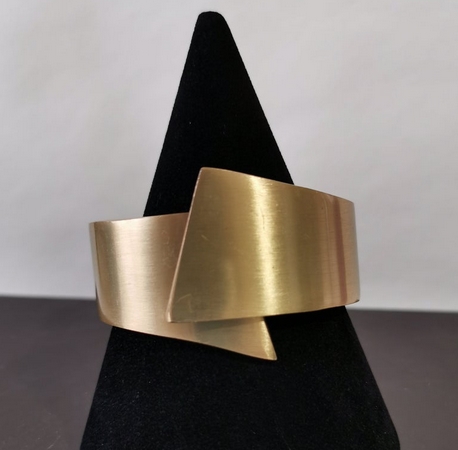 Many of the 60s jewelry pieces had asymmetrical designs that reflected chaos, turmoil, and upheaval in society. These designs were in complete contrast to the jewelry from the previous decades which had symmetrical designs, aesthetic appeal, was more feminine, and represented class and wealth.

With bigger, bolder, and eye-catching designs, next in line was the experimentation with shapes. Geometric motifs from the Art Deco period were transformed with a twist by 60s designers. Some popular shapes were hexagon, square, triangle, diamond, spiral, and circle. One of the most popular and famous examples of geometric shapes from the 60s is ‘peace sign’ which had three straight lines within a circle. The peace sign was incorporated in earrings, pendants, rings, bracelets, brooches, and pins.

Vibrant and shocking colors took over the white and earthy palette of previous eras. Loud and bright hues such as vivid green, red, blue, orange, yellow, teal, turquoise, and unusual pairing of shades such as light coral with emerald were popular.  Unusual colors and patterns combination was purposely formed to create an eye-catching and shocking appeal. 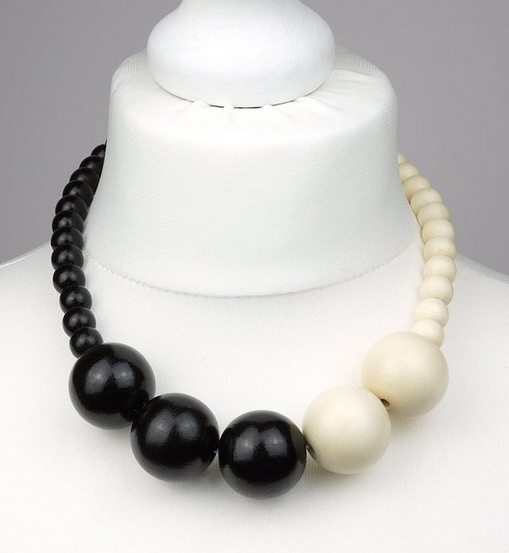 Mod fashion movement led to a monochrome trend with jewelry featuring neutral colors like black and white. The monochromatic palette consisted mainly of black and white colors which were used to create complex designs and patterns resulting in optical illusions. Monochromatic jewelry was produced in cheap materials such as plastics and polymer-clay.

One of the popular trends 60s contained from the previous eras was the love for flowers and floral designs. In this era, many designers created jewelry with larger floral designs and used new cheaper plastics to produce them.

Hippie movement emerged strongly towards the fag end of the decade. The movement emphasized harmony with nature and artistic experimentation among another ethos. Flowers gained supreme power during this movement. They became the movement’s emblem representing peace and love. Floral patterns were everywhere – clothes, jewelry headbands, and even painted on the face.

Handmade jewelry influenced by nature or Native American designs got prominence.  Natural materials such as wood, feathers, leather, cord, and stones were used in producing these.

One of the very popular jewelry from this movement is a jangly ankle bracelet for making that musical jingling sound while walking. Jewelry sporting peace sign was also hugely popular. 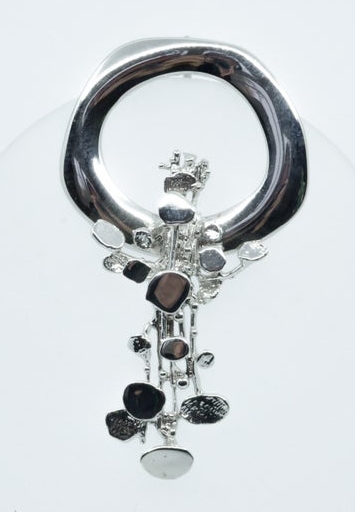 With much thanks to the moon landing, space also became a famous jewelry motif. Jewelry pieces with space motifs mimicked celestial bodies such as sun, stars, and moon. The jewelry designs were large, had futuristic designs, and featured in metallic colors, rhinestones, and geometric shapes.

Ear piercing which was looked down in previous decades gained social acceptance in this decade. As a result, women could wear large, long dangling earrings. Shorter hair or hair tucked back under a headband allowed shifting attention to neck and ears. And there was nothing more perfect than to wear colorful oversized hoop earrings made with Perspex. 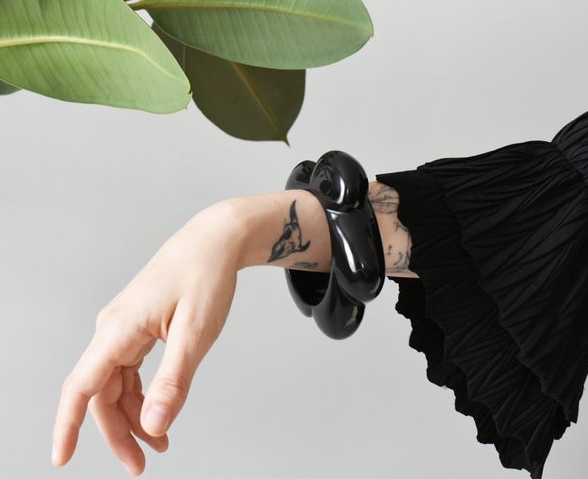 Oversized chunky bangles in bold color combinations were an essential accessory to accessorize the outfit. Arms were adorned with thin bangles stacked in multiples.

Other accessories such as cocktail rings retained their popularity and were still worn in the 60s in bigger sizes and colorful designs. Multi-layered or long beaded necklaces, long pendants, headbands made of leather and beads were also popular accessories.

Kenneth Jay Lane: Kenneth Jay Lane made a mark in fashion after he made his made statement piece. He covered inexpensive plastic bangles with rhinestones, added findings and turned them into big sized earrings. His clientele list included Elizabeth Taylor and Audrey Hepburn who were regularly sported wearing his jewelry.

Lea Stein: French designer Lea Stein created an innovative style using plastics, or cellulose acetate in the form of thin layers to form her trademark character jewelry. Her jewelry and accessories range from buckles, pins, and brooches to pairs of earrings. Most of Lea Stein’s designs feature geometrical animal shapes and figures, household items, people in bold colors. ‘Fox’ pin is one of her most memorable creations. 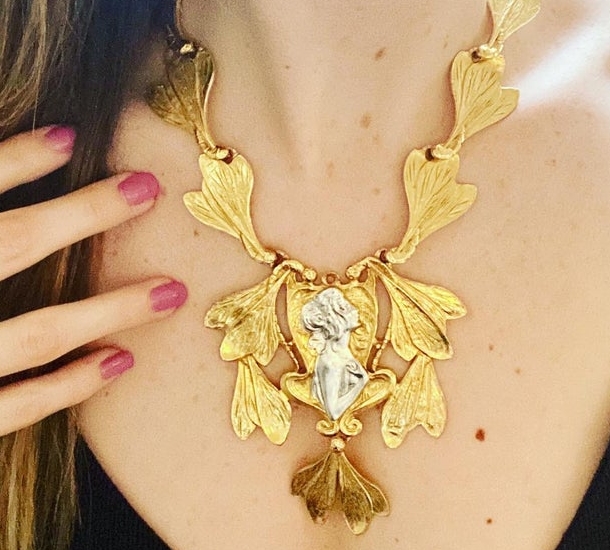 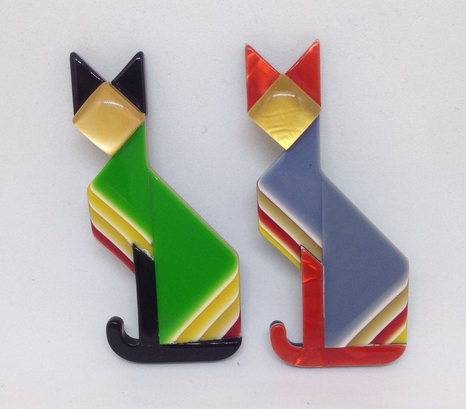 Where to Shop for 1960s Jewelry

While mod jewelry and hippie styled jewelry trends from the 60s must have left you impressed, the question worth asking is where to buy it from in the present era!

At present, the online platform provides the best shopping experience for a variety of reasons - comfort, a wide range of styles and options, competitive prices, and a lot more.

We recommend buying jewelry from Etsy and eBay, two excellent platforms providing the easiest, safest, and most-trusted shopping experience. With their endless collection of 60s jewelry, you can be sure to find that perfect piece of your choice.